Baijayant Panda is an Member of the Indian Parliament, Lok Sabha. 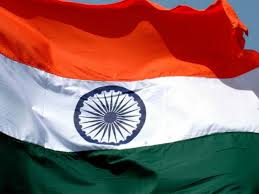 Proposals for decriminalising politics in India

Baijayant Panda / June 5, 2013 / 0
The expert comments as well as gossip about the next general elections is growing louder by the day. Political parties are re-positioning themselves to increase their likelihood of forming the government in 2014. Amidst this hullaballoo, the political class has conveniently turned a deaf ear to the calls by civil society groups to undertake critical electoral reforms such as decriminalising politics. Several government-appointed Commissions have already made clear recommendations for reforms, but the political will to implement these recommendations in letter and spirit is lacking. At a recent conference on decriminalisation of politics, the Law Minister acknowledged the problem but chose to refer it to yet another Law Commission specially constituted for the purpose. Instead of dilly-dallying, a government that genuinely intends to bring about reform should instead be using its energies to build political consensus to tackle these issues at the earliest. The opposition, too, shares the responsibility for making this happen.

Proposals for decriminalising politics in India