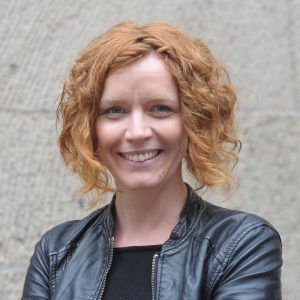 Dace Dzenovska is a Senior Researcher/Marie Curie Fellow at COMPAS contributing to the work of the Marie Curie Early Training Initiative “Diasporic Constructions of Home and Belonging” (CoHaB).

At COMPAS, she is researching the Latvian state's attempts to turn its mobile citizens into diasporic subjects. She is particularly interested in how affect and moral imaginaries figure in the making of Latvian diaspora, as well as how sovereignty is reworked in the context of intra-European migration and diaspora politics. Her broader research interests include race, nationalism, migration, borders and political imaginaries and practices in post socialist contexts.

Migration and the political

Dace Dzenovska / October 30, 2014 / 1
Ever since the collapse of second-world socialisms as “actually existing” political alternatives to global capitalism, the political terrain has shifted considerably. Old political subjects, such as class, seem to have disappeared or waned in significance, while new political subjects are elusive. Political action consists of seemingly unorganised and spontaneous mass events without clearly articulated agendas or of practices of daily life that have subversive political effects. Both forms of political action are often invested with hope that they will somehow enable alternatives to the currently predominant forms of organising collective life.[1] This political desire also attaches to migration. Some years ago, Étienne Balibar wrote of immigrants as “today’s proletariat” (2004: 50). More recently, Dimitris Papadopoulos, Vassilis Tsianos and Niamh Stephenson (2008) have written about clandestine migration as imperceptible politics, namely as a social practice that does not have an explicit political goal, but that brings about large-scale shifts in the political field. The prevailing sentiment in activist circles seems to be that if migration is disruptive, as mainstream political elites suggest, then this disruption might as well be put to different political ends. Thus, for example, a group of scholars and activists working on borders recently occupied the discursive terrain by introducing new keywords in migration and borders, such as “militant investigation”, “counter-mapping” and “bordering” among others (Casas Cortes et al. 2014).

Migration and the political