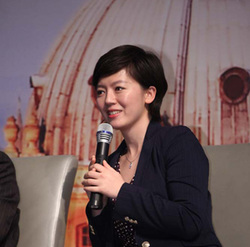 Liu Haining (St Hugh's 2012) is an experienced journalist and news anchor from China. Liu has interviewed high-profile policy makers and reported on China's major news stories including the Shanghai World Expo, Beijing Olympics and the aftermath of the Sichuan Earthquake. Her career in journalism started at the Shanghai Bureau of South China Morning Post, and she moved into broadcast media in 2007 with Beijing Television, anchoring the network's Nightly News at 10pm. Her most recent media position was with CCTV News, China's only 24-hour English news channel, as News Correspondent and anchorwoman. In 2012, Liu joined the inaugural cohort of the Masters of Public Policy programme at the Blavatnik School of Government, University of Oxford. She also holds a Master degree in Communication studies from the Journalism School of Fudan University. 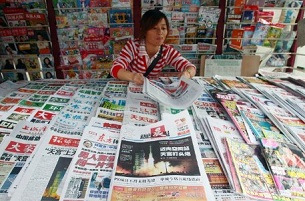 How to improve democracy in China? Start with a free press

Haining Liu / November 8, 2012 / 1
Before joining the first cohort of students at the Blavatnik School of Government, I worked as a journalist for state-owned China Central Television, the biggest media outlet in China. Before that I spent four years working as a reporter and anchor for the Beijing Television Station, the local outlet for China’s capital city, also owned and operated by the government. Based on this, if I’m asked, about a single measure would strengthen democracy in my home country, I would firstly respond that you have to have more than one measure to reach that goal. However, if I can only choose one, I would definitely vote for free speech and an independent media.

How to improve democracy in China? Start with a free press