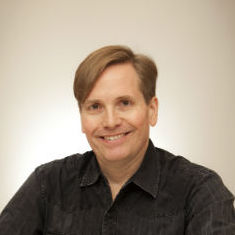 Karl Widerquist is an Associate Professor at SFS-Q, Georgetown University. He is the editor of Basic Income News and the Basic Income Earth Network’s NewsFlash. He writes the Alaska Dividend Blog.

The Alaska Model: a citizen’s income in practice

Karl Widerquist / April 24, 2013 / 2
Basic income is a regular unconditional cash grant paid to all citizens without any means test or work requirement. It’s often dismissed as a utopian idea. However, a basic income, or something very close to it, exists today in Alaska. It’s called the Permanent Fund Dividend (PFD) or sometimes “the Alaska Dividend.” The PFD has been paying annual dividends to Alaskans since 1982 with no conditions except citizenship, residency, and the willingness to fill out a form. After following the Alaska Dividend since 1999, and I want to share six lessons that supporters of progressive economic policy should learn from what I call “the Alaska model,” but first some basic background. In 1956, Alaska ratified a constitution recognizing joint ownership of unoccupied land and natural resources. In 1967, North America’s largest oil reserve was discovered in state owned areas on Alaska’s North Slope. In 1976, a state referendum created the Alaska Permanent Fund (APF), a portfolio of diversified assets, into which the government would invest a small part of the state’s oil revenue each year as a way to turn the temporary stream of oil money into permanent wealth. Back then, the state had no plan for what to do with the APF. In 1982, the state government finally decided to distribute part of the returns from that fund as a yearly dividend, and the Alaska model was born. The APF continues to rise with yearly deposits from oil revenue, and it goes up and down with the financial markets.

The Alaska Model: a citizen’s income in practice