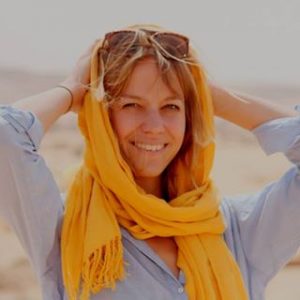 Sarah Elliott is a consultant legal advisor on mixed migration and trafficking for an INGO. She has previously worked as a Senior Legal Advisor to a Cairo-based NGO working with refugees. 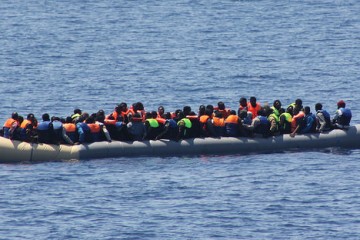 Sarah Elliott , Charlie Goodlake / November 11, 2015 /
On the 9th of October the United Nations Security Council authorised under Chapter VII of the UN Charter that Member States use proportionate measures to search, seize and dispose of vessels that are “smuggling migrants and trafficking persons” across the Mediterranean Sea. Resolution 2240 was intended to authorise ‘Operation Sophia’, phase two of a three-phase joint security and defence naval operation of EUNAVFOR-Med. This is the latest in a series of EU-sponsored measures to stop organised criminal networks profiting from the plight of hundreds of thousands of asylum seekers, refugees and migrants attempting to reach Europe through Libya. The responsibilities and powers enshrined in Chapter VII of the UN Charter are central to the UN Security Council’s ability to uphold …

Sarah Elliott / February 22, 2015 / 0
The Mediterranean Sea is today’s most dangerous border between countries not at war with each other. Just last week, 300 persons departing Libya on four rubber dinghies have gone missing at sea, after drifting for days without food and water. News reports in the past six months have regularly commented upon the rising number of persons disembarking on Italy’s coastline – benefiting from its search and rescue operation Mare Nostrum. Despite the increase in new arrivals from 33,000 to 200,000, the life-saving mission has now been discarded. Italian policy makers believe Mare Nostrum is as responsible for overcrowded reception centres as it is for the rising number of persons risking their lives at sea. But is it truly to blame for the surge? Because more than 50 per cent of arrivals are either Syrian or Eritrean, news commentators have provided some other potential explanations. Some point to the protracted conflict in the Middle East, whilst others highlight the strain on neighbouring Jordan, Lebanon and Iraq in continuing to receive thousands of Syrian refugees. “Poverty in Africa” is mentioned occasionally, and for the better informed, an oppressive military regime and indefinite conscription in Eritrea are to blame. Yet these supposed ‘causes’ of the latest wave in irregular migration to Europe are speculative at most and have in fact been ongoing for many years now. The irregular and mixed movement of persons across borders is arguably the most pressing international issue of our time, second perhaps only to terrorism. Yet the response of nations is too often reactionary and punitive towards individuals making the move, causing policies like Mare Nostrum to be cut short. By pinpointing the multiple ‘Push’ and ‘Pull’ factors at play in the regions concerned it is possible to generate fresh insight on the debate on South- North migration. ‘Push Factors’ For Syrians and Eritreans on the move, the situation at home is the key reason for flight. In Syria, there are immediate threats to life, regardless of which side of the conflict you are on. In Eritrea, an oppressive military regime and a lifeless economy force several thousand to walk across its land borders every month. Ruthless and indiscriminate conscription waves can also augment departures, as can changes in border surveillance, including the reported end to the notorious ‘shoot to kill’ policy.