On 23rd January 2013, Prime Minister David Cameron made a speech that set out his vision for a renewed partnership between Britain and the European Union. Apart from a call for repatriating certain powers, the Prime Minister promised the British people an in-or-out referendum in 2017 should his party win the 2015 general election. Now, after the Conservative Party’s surprisingly won an absolute majority in the May ballot, Mr Cameron decided to fast track the referendum, to be held as soon as 23rd June 2016.

The referendum process raised many important questions for the United Kingdom. Will David Cameron be able to negotiate a “New Deal” for his country before June 2016? How will his diplomacy affect Britain’s relationship with its European partners? Is a referendum of this kind democratic? And, what would a British exit from the EU—a “Brexit”—look like? Over the past year, the Oxford University Politics Blog has published a number of expert contributions that engage with these issues.

Now that the UK has voted to leave, the series will focus on the consequences of Brexit, the exit negotiations, and the changing relationship between Britain and the EU. 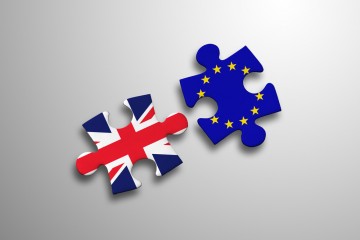 Luke Moore / November 20, 2015 /
Many believe that the EU referendum has been called only to enable David Cameron to appease the Eurosceptics within his own party. This is debatable on numerous grounds. But what is certain is the eventuality that many Conservatives, including possibly some Cabinet ministers, will be joining the campaigns to get Britain out of the EU. For over a quarter of a century the issue of Britain’s role in Europe has been one of the most significant divisions within the Parliamentary Conservative Party (PCP). The European issue has been a reliable source of problems for the party leadership over the years. It has led to many rebellions, numerous defections, the downfall of Thatcher, and partly accounts for the Conservatives’ landslide defeat …

The Brexit Campaigns: In Out, In Out, Shake It All About

Anand Menon / November 6, 2015 / 0
The rival camps are taking shape. Organisations have been launched, slogans road tested and logos commissioned. While no one knows when the EU referendum will take place, everyone has decided it’s time to make their case. A couple of weeks in, and the similarities between the Leave and Remain camps are as as striking as the differences. Both are quick to underline their patriotism; both go out of their way to emphasise British strength. No one, not even in the ‘remain’ camp, seems particularly fond of the European Union. And – perhaps most importantly – both campaigns are profoundly divided. On the ‘leave’ side, we have Leave.EU and Vote Leave, run by Matthew Elliott of Taxpayers Alliance fame. While the …

Would leaving the EU reduce immigration to the UK?

Madeleine Sumption / October 3, 2015 / 0
Migration and free movement are among the top questions in the debate about the UK’s relationship with Europe and the approaching membership referendum. In a country where most migration has traditionally come from outside Europe, EU migration now makes up almost half of non-British immigration to the UK. Following five years of policies designed to reduce immigration, quarterly statistics released at the end of August showed net migration reaching the highest level on record, taking the government ever further from its goal of reducing net flows “from the hundreds of thousands to the tens of thousands.” The combination of renewed debate about EU membership and the difficulty reducing UK immigration have led to discussion about whether leaving the EU will reduce …

Wake Up Europe! Why Britain should stay engaged and transform the EU

OxPol / September 23, 2015 /
Wake Up Europe! Why Britain should stay engaged and transform the EU Play Episode Pause Episode Mute/Unmute Episode Rewind 10 Seconds 1x Fast Forward 30 seconds 00:00 / Subscribe Share RSS Feed Share Link Embed Download file | Play in new windowThe UK has a crucial role to play in the debate over how the EU should be reformed. This session engages in a conversation as to why and how.
We use cookies on our website to give you the most relevant experience by remembering your preferences and repeat visits. By clicking “Accept”, you consent to the use of all cookies.
Customise cookie settingsACCEPT
Manage consent