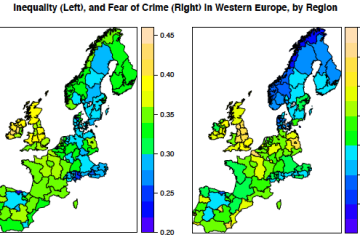 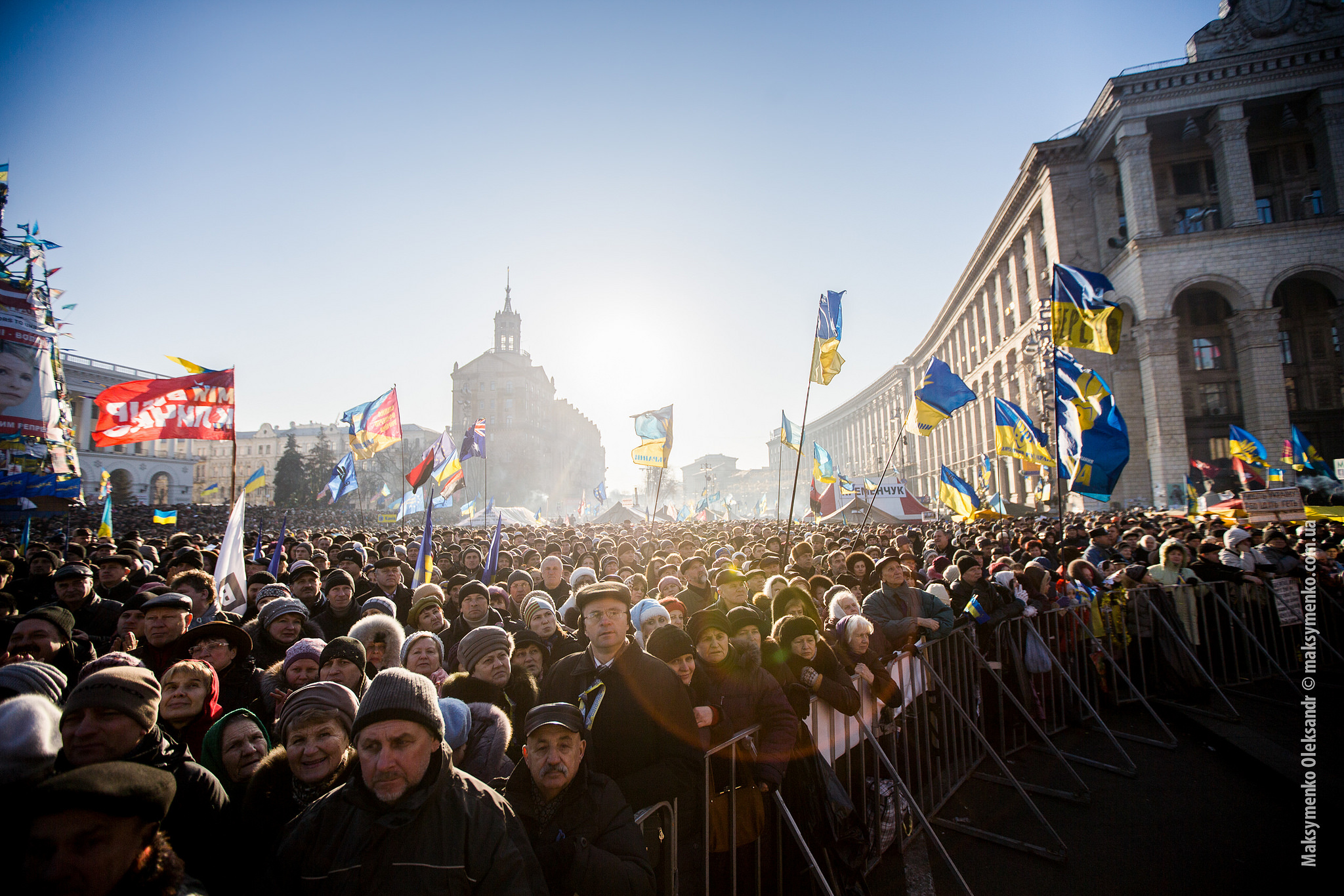 The fatalistic predicament of Ukraine

Jan Zielonka / September 3, 2015 / 0
Bloody clashes in front of the Ukrainian Parliament have reminded us about the EU’s tormented neighbour. Ultra-nationalists were not successful in the last parliamentary elections, but the tragic situation in Donbas has allowed them thrive. At stake this time were planned changes to the Ukrainian Constitution that envisaged a territorial decentralization as stipulated by the Minsk Agreement. For Ukrainian radicals these changes “imposed” from outside amount to a partition of their country. Is Ukraine unravelling? I do not think so, but much depends on Europe. European leaders said many times that the future of Europe and Ukraine are entangled. The last thing they want is to have a huge failed state on their eastern border. This is why President Poroshenko … 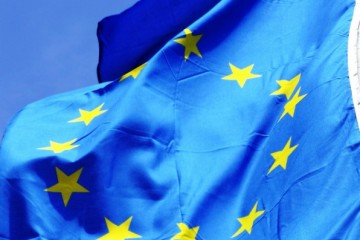 Exit, voice, and loyalty in Europe

Nils Röper / August 25, 2015 /
Complex situations often require us to take a step back for what consultants call the 10,000 feet view. The problems facing the EU these days—from Grexit to Brexit—surely seem impenetrable. A convoluted potpourri of economic, financial, and political crises leaves most observers either completely disengaged or increasingly reliant on their gut feelings. To wrap one’s head around the forces that threaten the European project, it helps to think in very simple categories: exit, voice, and loyalty. Few theories still prompt real-life insights almost half a century after their publication. Albert O. Hirschman’s “Exit, Voice, and Loyalty” surely falls into this category. Put simply, Hirschman postulated that members who are unsatisfied with an organisation they are part of, can either exit …

Phil England / August 14, 2015 /
In this Q&A, I discuss the prospects for ‘unfreezing’ the draft new constitution with Hordur Torfason, the award-winning human rights activist credited with starting Iceland’s ‘pots and pans revolution’. You’re credited as the person who started the “pots and pans revolution” in Iceland. How did the protests start? I’m 70 years old this year. I started becoming an activist around 20 years old. Not that I wanted to become an activist, not at all. But I’m gay and it tells you a story that I’m the first gay man in the history of Iceland who steps forward. When I was 30 years old I was very famous. Everybody knew my song. I was on television, radio, doing concerts, LPs. I was …

Rebuilding democracy in Iceland: an interview with Birgitta Jonsdottir

Phil England / July 15, 2015 /
In the first of a series of interviews by Phil England examining the situation in Iceland and the possible relevance of developments there to the UK, Phil talks to Pirate Party MP Birgitta Jonsdottir. Birgitta Jonsdottir is a co-founder of the Icelandic Pirate Party and one of three Pirate Party MPs in the Icelandic government. Since March the Pirates have been polling as the most popular party in Iceland. Their core policies focus on direct democracy, civil rights and access to information. A former Wikileaks volunteer, Jonsdottir describes herself as an anarchist and a poetician. She is also founder and Chair of the International Modern Media Inititative (IMMI) which aims to strengthen democracy through transparency of information. Could the right to information clauses … 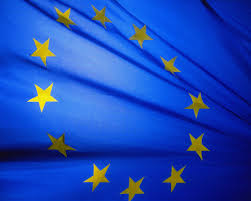 Do Europeans want poorer countries in the EU?

Noah Carl / June 23, 2015 /
The European Union has expanded considerably since its inception as the European Economic Community in 1957. At that time it had just 6 members: Belgium, Germany, France, Italy, Luxembourg, and The Netherlands. Today it has 28 members, including 15 that have joined since 2000: Cyprus, the Czech Republic, Estonia, Hungary, Latvia, Lithuania, Malta, Poland, Slovakia, and Slovenia in 2004; Bulgaria and Romania in 2007; and Croatia in 2013. One of the criticisms to which the EU has been subjected, at least in the UK (and I presume other Western European countries as well), is that Eastern European countries should not have been admitted when the disparities of income between the economies of Western and Eastern Europe were still so great. The reason being that free movement of labour between member states (one the EU’s four freedoms) permitted large-scale migration from East to West, which is alleged to have had impacts such as bidding down the wages of low-skilled workers, and increasing crime.

David Runciman / April 10, 2015 / 0
From the University of Cambridge comes ELECTION, a weekly politics podcast; asking the questions that no one else is in the run-up to the British General Election with the most interesting people inside and outside the political arena. Here below are the sixth and the seventh podcasts. #6 – Rae Langton on Charlie Hebdo, hate vs free speech & blasphemy What constitutes hate speech? Does the Press do more harm than good in our democracy? When should words become the government’s business? We put these questions to Professor Rae Langton – award-winning philosopher and the world’s ‘fourth most influential woman thinker’ – and discuss whether free speech can ever be reconciled with a need to suppress hateful voices. The team then discuss the fallout of Ed Miliband’s ‘second kitchen’, whether politicians can – or should – keep their families out of the media spotlight, and the lessons from the Israeli election result.

Is federalism a viable option in Spain?

Jorge Cagiao y Conde / March 31, 2015 / 0
The Spanish state has been suffering from a deep crisis for several years, as Basque and Catalan claims for the ‘right to decide’ have clearly illustrated. Thus, it’s hardly surprising that the federalist option has been rediscovered as a way to solve the problems of the ‘State of Autonomies’. Is federalism a realistic solution? To answer this question, two aspects should be considered: 1) the potential of federalism as a solution to the specific problems linked to national pluralism; and 2) the viability of federal reform in Spain. 1. Federalism and national pluralism Federal studies have been considerably revived over the last 20 years and have abandoned some of their former beliefs or convictions. Federalism is not a panacea for solving problems of national pluralism in democratic contexts. Nor is federalism is a project necessarily concerned with national diversity (see Seymour and Laforest 2001: 9-10). This renewal has been greatly motivated by the difficulties encountered in advanced democratic systems (Canada, Belgium, Spain, to give a few examples) to reconcile deep diversity with the specific demands of the democratic principle. That is what Carl Schmitt already referred to in 1928 (2003: 356) when he emphasized the necessity of (existential) cultural and political homogeneity to ensure the stability of federal states. Empirical evidence confirms the German jurist’s theory. The great majority of federations, including those which started with important cultural and political diversity, evolved towards a form of Unitarian federalism which, in its fundamental aspects, eventually adopted the shape of the dominant State, the Nation-State (one State, one people). Schmitt refers to this federal form as ‘the federal State without federal bases’ (2003: 368). In the most recent specialized literature calls this type of federalism ‘territorial federalism’, that is to say a way to organize the political power of a single people or nation from a legal and territorial point of view (otherwise known as a monistic theory of federalism; see Karmis and Norman 2005: 3-17).
We use cookies on our website to give you the most relevant experience by remembering your preferences and repeat visits. By clicking “Accept”, you consent to the use of all cookies.
Customise cookie settingsACCEPT
Manage consent

Is federalism a viable option in Spain?