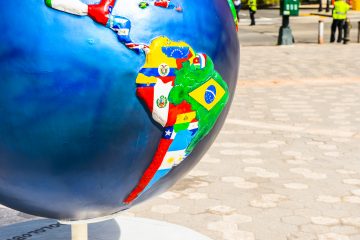 Guy Aitchison / April 1, 2015 / 0
Under the rubric of state security on the one hand and commercial openness on the other, we are being lulled into an online world of fear and control where our every move is monitored in order to more efficiently manage us. This article launches a new section of the Great Charter Convention dedicated to debate and analysis of democracy, politics and freedom in the digital age. It is clear that we are at a crucial historical juncture. The issues around state power and surveillance raised by Edward Snowden’s revelations should be an important theme in the upcoming general election, while the symbolic double anniversary of Magna Carta (aged 800) and the web (aged 25) offers an opportunity for critical reflection on how … 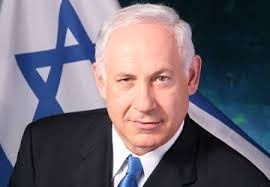 Zaha Kheir / April 1, 2015 / 0
Israel’s international image has suffered tremendously in the past few years. Repeated wars in the Gaza Strip, the continued construction of housing units in Jerusalem and the West Bank, and Benjamin Netanyahu’s provocative rhetoric during his most recent bid to win re-election have poisoned the relationship between Israel and the international community. 2014 proved to be the year of Palestinian statehood recognition votes in Europe. Parliaments from Portugal to Ireland, all the way to the European Parliament in Brussels have considered recognition. Though cautiously worded, the motions indicate a change in the international mood surrounding the Middle East conflict. Netanyahu’s most recent declarations of support for the two-state solution reflect the deep concern that has spread in Israel regarding what is for the first time serious international pressure on the country. But does this necessarily translate into a bright future for the Peace Process? Netanyahu’s interest in a two-state as opposed to a one-state solution should not take us by surprise. The latter would mean an Arab majority in the would-be Jewish state. At this time, about six million Jews and six million Arabs inhabit the territories of Israel and the future Palestinian state. With a higher Arab fertility rate, Jews would soon be a minority in such a state. Moreover, Palestinians seek the right of return of their over five million refugees as part of the state-creating deal, and it is to be expected that the state would attract a greater number of Palestinian refugees than of Jews eligible to return to Israel. It follows that a one-state solution spells the unthinkable for Israel. 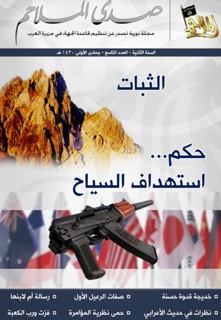 Oxford’s Elisabeth Kendall on Jihadism and the use of poetry

OxPol / March 25, 2015 / 0
What is it that turns peace-loving Muslims into militant Islamists? There are many answers to this complex question. One angle that might not naturally spring to mind is poetry. Yet this is what Dr Elisabeth Kendall argues in an interview for BBC Radio 4’s “The World This Weekend” with Mark Mardell. 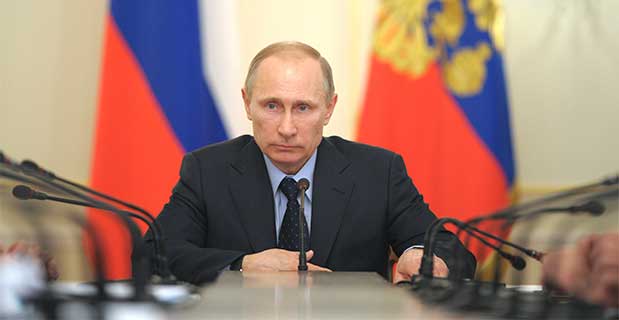 Jonathan Askonas / March 10, 2015 / 1
Last week, the Monkey Cage published a post by Alexander Motyl, a Ukrainian specialist at Rutgers-Newark, on the Five fatal flaws in realist analysis of Russia and Ukraine. Motyl claims that: “Realists want to have it both ways — arguing for and against rationality in general and in the Russian context in particular. Consistency can be reestablished, but only if realists finally agree that Putin is or is not rational and stick to one, and only one, interpretation.” While he identifies some inconsistencies in American realist analysis of the Ukrainian conflict, his purported cure might be more damaging than the supposed disease. I have five particular points here, but in general, I claim that a more balanced perspective reveals that, while realism doesn’t have all of the answers, it is more potent than Motyl admits. 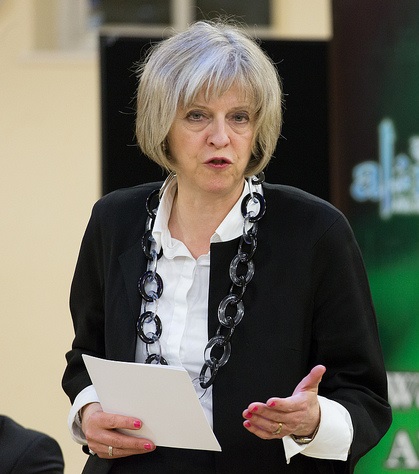 Talene Bilazarian / February 26, 2015 / 1
The recent passage of Theresa May’s controversial Counter-Terrorism and Security Act has been met with a flurry of criticism, reiterating a familiar critique of the government’s counter-extremism strategy, Prevent. Responding to the growing support for ISIS among British citizens, the act introduces a range of more aggressive restrictions on suspected terrorists and new obligations for airlines and internet providers. Most controversially, the act places a “statutory duty” on colleges, schools, prisons, and councils to prevent terrorism, giving the Home Office rights to enforce its counter-terrorism guidance. Whereas the earlier Prevent program had been discussed in the language of community responsibility, the government’s counter-extremism strategy is now a legal obligation for a range of public sector institutions. The act falls short in several places and has been criticized for limiting academic freedoms and continuing to alienate Muslim communities in Britain. Perhaps more concerning, however, the act reveals the national government’s ongoing confusion about how to address the threat of terrorism. The definition of extremism remains vague and dissatisfying. The extent to which local communities can continue adapting the Prevent strategy to their local context is unclear. Finally, the bill leaves lingering questions about the strength of the central government’s commitment to its counter-extremism strategy. 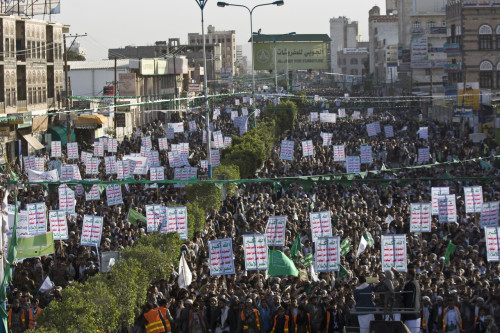 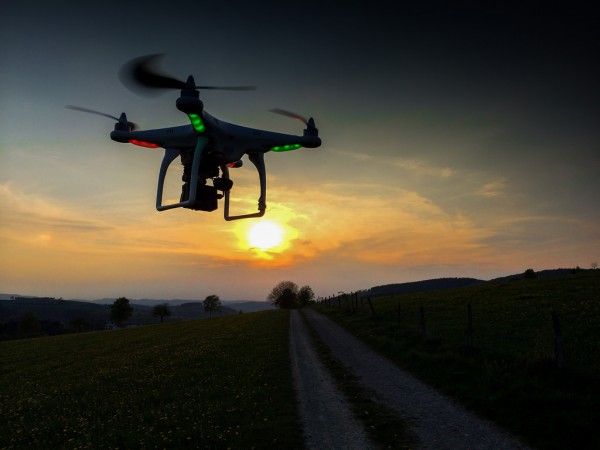 Ulrike Franke / January 28, 2015 / 0
Drones were among the most popular Christmas gifts in 2014 — so popular, in fact, that British authorities warned recreational drone users to make sure to use their toys lawfully, or to expect hefty fines. Similarly, the US FAA released a video just before the holidays, teaching aspiring drone users how to “stay off the naughty list”. More and more people are becoming familiar with drones as the number of ‘hobby droners’ (yes, this is a term) grows. Businesses are discovering drones as well: drones carry mistletoe in restaurants (with questionable results), or are used to give real-estate buyers a better view of their property. Beyond this, hundreds if not thousands of commercial drone users are waiting in the wings for a few last technical details to be figured out (especially sense-and-avoid technology) and for the implementation of legal regulations allowing drones to share airspace with manned aircraft. These developments are exciting, but they are also interesting for those working with military drones. The widespread use of drones for commercial purposes is likely to increase awareness about the history and the many applications of drones, which may help to overcome their exclusive association with targeted killings. 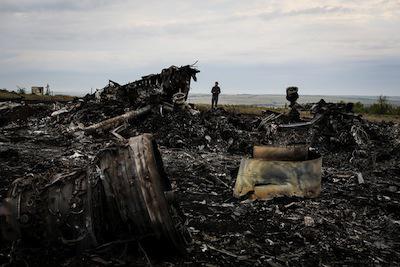 Joanna Rozpedowski / January 27, 2015 / 0
On 18 July 2014 the world awakened to yet another tragedy: the downing of the Malaysian Airlines flight HM17 over pro-Russian separatist territory of Ukraine, which in its horrendous totality shocked the collective conscience of the public. Claims of responsibility for the tragedy spread over the then innocuous social media portal, Twitter, and instantly internationalized what had been perceived as a largely domestic conflict. What gradually came into view was the deployment of Twitter as a propaganda tool and a means for nefarious communication, subject to virtual deletion and emendation for the purposes of advancing a military objective and a political cause. References to tweets and videos bearing an imprint of responsibility were invoked in the Security Council’s emergency meeting hours later, where the US Ambassador to the United Nations, Samantha Power, cited them in her impassioned speech. This raises a legal conundrum, namely, what is the legal status of a boastful Twitter confession by separatist leaders of a state-sponsored rebel group containing first-hand accounts and admissions of responsibility for shooting down a plane in the midst of a conflict? Are tweets a novel form of incriminating evidence in a rapidly changing terrain of modern warfare? What ought to be their evidentiary value and legal status under international criminal law, international law of armed conflict and international humanitarian law? Finally, what criminal liability should those claiming responsibility bear under domestic and international law?
We use cookies on our website to give you the most relevant experience by remembering your preferences and repeat visits. By clicking “Accept”, you consent to the use of all cookies.
Customise cookie settingsACCEPT
Manage consent