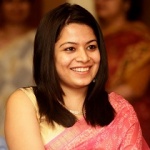 Aparajita Bharti holds a Master of Public Policy (MPP) from Oxford University. She was one of the four Indians selected for the Faiths Act Fellowship by the Tony Blair Faith Foundation in 2011. Before that, she worked as a Legislative Assistant to Mr. N.K. Singh, Member of Parliament in Rajya Sabha. 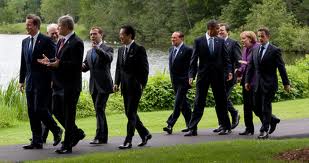 Aparajita Bharti / July 11, 2013 / 0
The recently concluded G8 meeting at Lough Erne took an unprecedented leap by turning the focus on corporate governance. Among the greatest institutional challenges of our times, is the regulation of multinational corporations which operate across national borders and have the ability to shift labour and capital more than ever before. The G8 agenda focussed on open trade, fair taxes and increased transparency (the 3Ts agenda). Open trade- a part of all multilateral meetings saw the usual narrative of commitment to more trade with lesser transaction costs. However, the need for fair taxes and transparency of corporations took centre-stage for the first time. The G8 expressed their commitment to establish automatic exchange of information between different national tax authorities and their support to the Organisation for Economic Cooperation and Development (OECD) to develop a multilateral system to implement it. The G8 also proposed a common template that will require MNCs to report profits made and taxes paid across the world. The rationale behind these initiatives is to prevent corporations to actively avoid tax through tax havens and shifting profits. There was also a mention of making relevant price information available across jurisdictions to implement international transfer pricing rules. OECD in the recent years has been working on multiple initiatives to counter the problem of base erosion and profit shifting (BEPS). The G20 also expressed support for OECD’s Global Forum on Transparency and Exchange of Information which has been tasked to create international standards of tax reporting in 2008 and 2012. 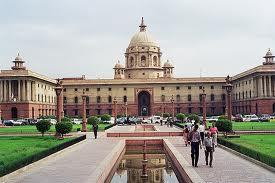 Deepening Democracy in India: Fine-tuning rules and procedures to strengthen parliamentary oversight on the government

Aparajita Bharti / December 2, 2012 / 3
The Deepening Democracy report by the Global Commission on Elections, Democracy and Securitydiscusses the importance of improving the integrity of elections. While fairness, funding and conduct of elections undoubtedly is a concern that citizens espouse worldwide, that in itself may not be a panacea to fulfil the function of representative democracy. Sometimes democracy itself is undermined in democratically elected Parliaments due to rules biased towards the elected government, and not giving sufficient power to opposition members and independent members of Parliament to voice their concerns.

Deepening Democracy in India: Fine-tuning rules and procedures to strengthen parliamentary oversight on the government