Five years after the financial crisis eased, sovereign debt, budget deficits and austerity politics still dominate the headlines. Yet despite deep cutbacks in many countries, governments still remain the largest asset-owner in most economies. They just don’t know it.

Many of these assets exist beyond the balance sheet in the form of public land and real estate, state-owned enterprises and sovereign wealth.

There are a number of implications to this hidden value. For instance, radical change in the way we understand and manage state assets could help tackle some pressing social and economic policy challenges. Clearer accounting of the ownership of and yield from public assets could augment public revenues, empowering the government to address public and household debt, income and wealth inequality and a lack of affordable housing. A better grasp of monetary policy and the potential feasibility of initiatives like “people’s quantitative easing” could isolate when monetary reform might be necessary to meet the challenges of tomorrow.

In Britain, infrastructure investment programmes are now prominent features of both the main political parties’ programmes, while proposals for a universal citizen’s income, a monthly payment to every citizen by right and the creation of a sovereign wealth fund to help cover the state’s liabilities for vital public goods continue to gain traction. There is also growing pressure for land ownership and property reform to ensure a functional housing policy.

Identifying and properly accounting for state assets offers new possibilities for funding these ambitious policy programmes. This blog series aims to contribute to that understanding. Building on workshops co-hosted by Oxford’s Department of Politics and International Relations, the New Economics Foundation and Positive Money, the blog series aims to inform policy and public debate on the potential of public assets. This should shift political and public discourse beyond “public versus private” dichotomies to help identify innovative ways of financing the twenty-first century state.

This blog series and related seminars were supported by the University of Oxford’s ESRC Impact Acceleration Account.

OxPol / January 29, 2016 /
Rethinking public assets: land and capital Play Episode Pause Episode Mute/Unmute Episode Rewind 10 Seconds 1x Fast Forward 30 seconds 00:00 / 1 hour, 13 minutes. Subscribe Share RSS Feed Share Link Embed Download file | Play in new window | Duration: 1 hour, 13 minutes.The UK has a crucial role to play in the debate over how the EU should be reformed. This session engages in a conversation as to why and how.

OxPol / January 29, 2016 /
Rethinking public assets: innovations in money Play Episode Pause Episode Mute/Unmute Episode Rewind 10 Seconds 1x Fast Forward 30 seconds 00:00 / 56 minutes. Subscribe Share RSS Feed Share Link Embed Download file | Play in new window | Duration: 56 minutes.The UK has a crucial role to play in the debate over how the EU should be reformed. This session engages in a conversation as to why and how.

Stefan Fölster / January 27, 2016 /
Most governments know a lot about their debt but little about their assets. In the wake of the 2008 financial crisis, as governments mobilized to manage their public debt, they largely ignored their public assets. Some countries, such as the Baltic states and Portugal, took steps to appraise their wealth, but most did not. The United States, for example, chose not to participate in a 2011 initiative by the Organisation for Economic Cooperation and Development (OECD) to evaluate the size and composition of state-owned firms in member countries. But a better understanding of public commercial assets — defined as government property that generates profit, such as state-owned firms, real estate, and forests — could help yield significant amounts of wealth …

Josh Ryan-Collins / January 26, 2016 /
In this article, I argue that there exists a dangerous positive feedback loop between land value, embodied in house prices, and the banking system which lies at the heart of modern economies. In response, policies are required to capture more land value for the public good, perhaps through alternative forms of taxation or the creation of public land banks, to help minimise speculative investment in an effort to reduce rising inequality. Different types of banks focused on business lending may also be required. The UK and German economies are compared to shed light on alternative policies. Andrew Haldane, the Bank of England’s free-thinking Chief Economist, characterised the relationship between modern banks and the state as a ‘doom loop’. Once banks … 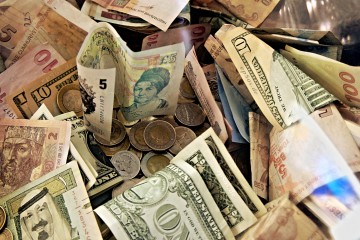 Fran Boait / January 19, 2016 /
If you ask a person in the street ‘how is money created?’ they will probably look at you blankly. A couple might hazard a guess and say the Bank of England. There’s a Chinese proverb that says: ‘The fish is the last to know water.’ Money is all around us, playing a role in almost everything we do, yet it can be difficult to understand. We are swimming in a society that depends on money—that’s become obsessed with money—but few of us know where it comes from or how it actually works. A landmark paper[1] released by the Bank of England in March 2014 explains how private banks create the vast majority of money we use when they make loans. …