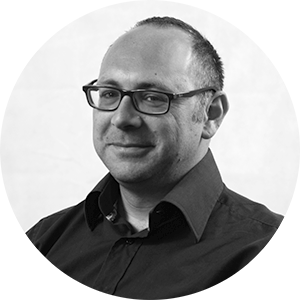 Ben Gidley is an Associate Professor and Senior Researcher at COMPAS, primarily working on projects in the Citizenship and Belonging, Urban Change and Settlement, and Welfare clusters.

He has a PhD in Sociology from the University of London. His research has included ethnographic and policy-focused research on contemporary urban multiculture, and historical research on Jewish migrants in East London.

His research interests include the impact of new forms of diversity on local contexts in the UK; both new and old forms of intolerance and conviviality; and the politics of migrant citizenship and belonging, both today and historically.

Ben Gidley / November 13, 2014 / 4
In the 1990s, commentators across the political spectrum observed the rise of civic British national identity in the UK. Both the Major and Blair governments promoted “active citizenship” and rolled out polices such as Citizenship Ceremonies for the naturalised and citizenship education in schools – with the civic republican philosopher Bernard Crick a significant influence over many of these reforms. From a very different angle, the Britpop moment and “cool Britannia” brand made the Union Jack fashionable. A confident multiculturalism and relaxed, mongrel Britishness was part of the zeitgeist. From the vantage point of 2014, that moment seems very distant. In the last decade, we have seen instead a resurgence of the infra-national identities of the UK’s constituent countries: the renaissance of Scottishness in Scotland, the rise of Welshness in Wales, and – much less reflected upon – the return of Englishness in England. The return of the English The 2011 Census included a national identity question. It showed that, in England, Englishness is the predominant national identity, expressed by two thirds of the population (with 58% choosing only English identity), while just 29% identify with Britishness (19% choosing only British identity). For many, this kind of Englishness is probably expressed activities such as cheering on (or moaning at) English sporting teams. But we have also seen its political mobilisation: in resentment at Scottish power in Westminster, in the sinister street theatre of the English Defence League and its offshoots, and in the rise of UKIP. It is important, however, to note the geographical and generational dynamics of this resurgent Englishness.