“We might die of hunger before being killed by the virus”: How COVID-19 Compounds the Challenges of Pakistan’s Transgender Community 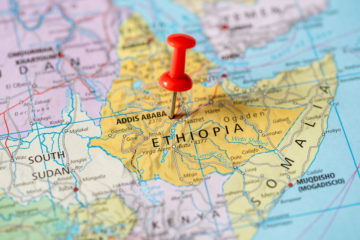 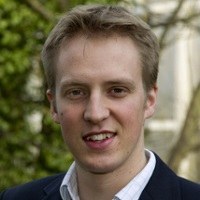 David Blagden is the Adrian Research Fellow in International Politics at Darwin College, and a Research Associate with the Centre for Rising Powers in the Department of Politics and International Studies, both at the University of Cambridge. His current research project examines the relationship between economic globalization, differential power growth and interstate security competition, and his broader research interests lie in the areas of international relations theory (particularly realism), international security, international political economy, strategic studies, and UK foreign and defence policy. Dr Blagden’s publications have appeared in International Security and the RUSI Journal, among other outlets, and his public affairs commentary has appeared in The Guardian and on the BBC. He obtained his doctorate at the University of Oxford, where he was funded by the Economic and Social Research Council (ESRC), having previously completed his MA (with distinction) at the University of Chicago and having read Philosophy, Politics, and Economics (PPE) as an undergraduate at Oxford. 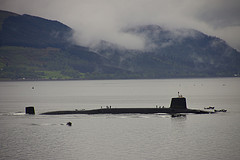 David Blagden / March 23, 2012 / 1
My Oxford colleague Blake Ewing makes an engaging case in favour of the UK pursuing unilateral nuclear disarmament — that is, scrapping the planned replacement programme for the Royal Navy’s Vanguard-class submarines, which currently carry the Trident D5 missile —  as a solution to the country’s fiscal travails. Blake and I agree on many things. The folly of cutting the BBC World Service, one of the UK’s unique sources of global influence, is one. The wisdom — or lack thereof — of pursuing or retaining nuclear weapons as a status symbol is another. The merits of avoiding doctoral dissertation work by engaging in procrastinatory blogging would appear to be a third. However, on the question of unilateral disarmament, our advice to …