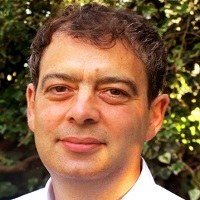 Notes on the Elections

David Runciman / May 27, 2015 / 0
This election promised to produce constitutional confusion and uncertainty and instead it has delivered stark clarity. The British electoral system values clarity: few people dissent from the line that it is better to have a government that can pass legislation and take decisions when it needs to than to be stuck with one that stumbles on hand-to-mouth from vote to vote. We seem to prefer certainty to confusion. But why? What evidence is there that majority governments are better at governing? The fundamental long-term problems this country faces – inequality, a struggling education system, growing health costs, changing employment patterns, environmental threats – are ones that a series of majority governments (and I include the coalition, which had a big parliamentary majority) have failed to address. This is not just a left/right issue. Blair didn’t tackle them, despite his massive parliamentary ascendancy, any more than Thatcher did. Majority governments flatter to deceive. They are not more decisive. They are just more biddable.

David Runciman / May 7, 2015 / 0
From the University of Cambridge comes ELECTION, an insightful politics podcast; asking the questions that no one else is in the run-up to the British General Election with the most interesting people inside and outside the political arena. Here below are the latest podcasts. #9 – Simon Szreter on conspiracy theories, trust in politics & solutions It is said that trust in politics is at an all-time low. Our politicians are seen as out of touch and out to fill their own pockets. But when does mistrust become something more profound? This week we discuss this phenomenon in its most extreme form: conspiracy theories. What conspiracy theories do the British public believe? How commonplace are they, and how have they spread? Are people really so wrong to believe that the world is run by a secret elite? We interview a team of Cambridge researchers for answers. Then David turns to Professor Simon Szreter – social historian and founder of ‘History & Policy’ – to discuss how academics are trying to find ways of restoring the public’s faith in politics, and bridge the gap between the politicians’ narrow view of the world and how the voters see it. The team also discuss the television debates, politicians’ use (and abuse) of facts and figures, Tony Blair, and UKIP’s strategy for electoral success.

David Runciman / April 21, 2015 / 0
From the University of Cambridge comes ELECTION, a weekly politics podcast; asking the questions that no one else is in the run-up to the British General Election with the most interesting people inside and outside the political arena. Here below are the eighth, ninth and tenth podcasts. #8 – Robert Tombs on Britishness, Britain’s place in Europe & the NHS What makes our politics uniquely ‘British’? Why is there no EnglishIndependence Party? How did the NHS become a sacred cow? And will Britannia ever rule the waves again? David puts these questions to Professor Robert Tombs – historian and author of a new epic history of England – to discover the impact of culture and foreign affairs on British political life. The team also review David Cameronand Ed Miliband’s favourite books, the pros and cons of the fixed-term Parliament, the neglected but extraordinary Nigerian election, and what to expect between now and polling day.

David Runciman / April 10, 2015 / 0
From the University of Cambridge comes ELECTION, a weekly politics podcast; asking the questions that no one else is in the run-up to the British General Election with the most interesting people inside and outside the political arena. Here below are the sixth and the seventh podcasts. #6 – Rae Langton on Charlie Hebdo, hate vs free speech & blasphemy What constitutes hate speech? Does the Press do more harm than good in our democracy? When should words become the government’s business? We put these questions to Professor Rae Langton – award-winning philosopher and the world’s ‘fourth most influential woman thinker’ – and discuss whether free speech can ever be reconciled with a need to suppress hateful voices. The team then discuss the fallout of Ed Miliband’s ‘second kitchen’, whether politicians can – or should – keep their families out of the media spotlight, and the lessons from the Israeli election result.

David Runciman / March 13, 2015 / 0
From the University of Cambridge comes ELECTION, a weekly politics podcast; asking the questions that no one else is in the run-up to the British General Election with the most interesting people inside and outside the political arena. Here below is the fifth podcast.

David Runciman / March 5, 2015 / 0
From the University of Cambridge comes ELECTION, a weekly politics podcast; asking the questions that no one else is in the run-up to the British General Election with the most interesting people inside and outside the political arena. Can democracy adapt to our strained political system? Who (if anyone) will ‘win’ in 2015? What can the lessons of the past teach us about the future? Professor David Runciman puts these questions to philosophers, historians, scientists, and political thinkers – with enlightening results – in a weekly podcast series coming from his office in the Department of Politics and International Studies.