Elena Minina is a social scientist specialising in post-Soviet Russian studies and comparative education. She holds a PhD in social sciences from the University of Oxford.

Maria Repnikova is a post-doctoral fellow at the Asan Institute for Policy Studies and a visiting scholar at Government Department, Georgetown University. She specialises in Chinese and Russian politics and state-media relations under authoritarian rule. 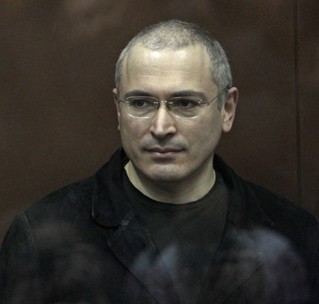 The Putin-Khodorkovsky dichotomy: The media got it all wrong

Elena Minina and Maria Repnikova / January 30, 2014 / 1
It looked like a scene from a Cold War spy thriller. 24 hours after his release, Oligrach Mikhail Khodorkovsky, who ended a 10-year sentence, appeared in Berlin wearing a heavy duty Russian air-force jacket and smiling broadly. It was, however, the Russian President Vladimir Putin’s announcement about Khodorkovsky’s early release which caught a lot of people by surprise. A global media spectacle followed.Journalists and commentators scrutinised whether Putin’s decision symbolised a political strength or weakness, whether Khodorkovsky admitted his guilt, and whether he is going to become a political opposition figure or remain in exile. Media outlets appeared to be outpacing one another in applying dramatic labels to the momentous event. A reflection on the media coverage along with the analysis of Khodorkovsky’s interviews of the past few days, however, paints a more ambivalent picture and suggests that the dichotomies and sensational labels applied are often not fitting. The “surprise” label attributed to Putin’s decision, the “disappointment” characterising public reaction at Khodorkovky’s apparent disinterest in re-entering Russian politics, and the “Dissident versus Despot” dichotomy applied to the Putin-Khodorkovky’s relationship, bear closer scrutiny. A closer look at his latest interviews highlights Khodorkovsky’s complex personality and well-formed, but somewhat, contradictory political views.

The Putin-Khodorkovsky dichotomy: The media got it all wrong