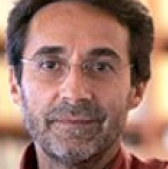 Ferran Requejo is Professor of Political Science at the Universitat Pompeu Fabra in Barcelona, where he is director of the Research Group on Political Theory and has directed the Master programmes on Current Democracies: Nationalism, Federalism and Multiculturality andPolitical Philosophy. He has also been in charge of the PhD programme on Political and Social Sciences (several editions). His main fields of research are theories of democracy, federalism, multinational democracies, political theory and political liberalism after World War II. In 1997 he was awarded the Rudolf Wildenmann Prize (ECPR), in 2002 he received the Ramon Trias Fargas Prize, and in 2006 the Spanish Political Science Association Prize to the best book (Multinational Federalism and Value Pluralism, Routledge 2005). He has been furthermore member of the Spanish Electoral Board (Junta Electoral Central, 2004-2008), of the executive committee of the European Consortium of Political Research and of the Comparative Federalism Research Committee (International Political Science Association). He is currently a regular contributor to the newspapers "La Vanguardia" and "Ara" (Barcelona) and other Catalan, Spanish and international media.

Ferran Requejo / March 17, 2015 / 0
In Spain, the 1978 Constitution was the legal outcome of a political transition to a democracy, following the horrors of civil war and dictatorship. Among other things, it established a territorial model – the so-called “Estado de las Autonomías” (State of Autonomous Communities) – which was in principle designed to satisfy the historical demands for recognition and self-government of, above all, the citizens and institutions of two minority nations: Catalonia and the Basque Country. This territorial model occupies an intermediate position between the classic federal and regional models of comparative politics, but has more regional than federal features. Yet thirty-six years later, many Catalan and Basque citizens and political and social actors show a deep disappointment regarding the development of this territorial model – in terms of collective rights, political recognition and self-government. A movement for change In recent years, support for independence has increased in Catalonia. Different indicators show that pro-independence demands are endorsed by a majority of its citizens, political parties and civil society organizations. This is a new phenomenon. Those in favour of independence had been in the minority throughout the 20th century. Nowadays, however, demands of a pro-autonomy and pro-federalist nature, which until recently had been dominant, have gradually lost public support in favour of demands for self-determination and secession. The following graph shows this recent trend.