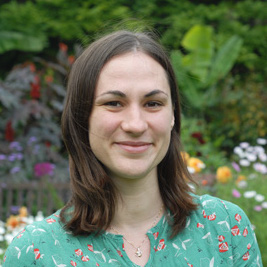 Gillian Bolsover is a DPhil student of the Oxford Internet Institute, at the University of Oxford. She writes about online culture, identity and speech both inside and outside China.

Gillian Bolsover / June 7, 2013 / 0
In this video [click on full post], a young woman sits on the floor tearfully telling her story: Yue Dan was on holiday in the southern city of Sanya with her husband. Returning to their car, the couple got into a dispute with a parking attendant. According to Yue, a group of men in suits arrived and started beating them. When the police arrived, they joined in beating the travelers without attempting to assess the situation and deaf to Yue’s pleas for mercy. The five-minute-long video ends with photos of the women’s injuries and videos shot by bystanders1. Yue’s story is just one of a multitude of examples of how Chinese citizens are increasingly using online video to seek justice, retribution or recompense for wrongdoing, and build public support for their cause. However, public response is generally ephemeral and sporadic, and the authorities often aggressively act to control and prevent these attempts to harness the power of Chinese netizens. The video, which implores media and web users to publicize Yue’s story and help her achieve justice, was posted to the microblogging platform Weibo on 12 February by a tiny blog called Sanya Hero. Although my current research involves tracking the flow of information and comments on Weibo, it is impossible in this case; the video was rapidly removed. A comment on the same blog less than ninety minutes later, thanks readers for forwarding the video, but instructs them to remain rational and wait for an official resolution.