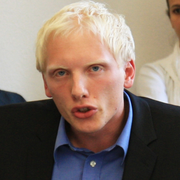 Hannes Ebert is a Research Fellow at the GIGA German Institute of Global and Area Studies, where he works on rising powers and state fragility, conflict and violence in South Asia. He holds a MSc from the London School of Economics and completed his undergraduate studies at the Freie Universitaet Berlin and the Graduate Institute Geneva. He previously worked with various think tanks in Germany, India, Pakistan, and the UK, and has been a programme coordinator and research associate with Harvard University’s Center for European Studies. During the time of writing, he is a Doctoral Visiting Fellow at the Department of Politics and International Relations, Oxford University. 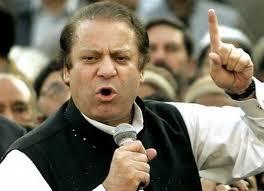 Democracy and Foreign Policy Persistence: Why Pakistan’s India strategy under Nawaz Sharif may not see a paradigm shift

Ishtiaq Ahmad , Hannes Ebert / June 19, 2013 / 1
Nawaz Sharif, the leader of the Pakistan Muslim League, is back in power. Sworn in as prime minister on June 5th, for the third time since 1990, he has been recognized over the course of his political career as a principal challenger to the military’s supremacy in governing Pakistan. Indeed Mr Sharif’s proactive pursuit of peace with India became the primary reason for his forcible ouster from power by the army in October 1999 and he was subsequently imprisoned and exiled for intruding into what the army considers its exclusive foreign policy domain. But the tide of history has now turned back in his favour and he promises a ‘new chapter’ in the country’s relationship with India. ‘We will start from where we were interrupted in 1999’, he declared as soon as the PML-N won the May 11th elections. Since his dealings with India precipitated his ouster from power 14 years ago, there is now a heated debate over the prospects of a fast-paced rapprochement with its southern neighbour. Sharif has already pledged to take some bold initiatives: improving trade, energy and transportation links; expediting the Mumbai terror investigations; establishing a commission of enquiry on the Kargil conflict (which had subverted the peace process with India, especially the February 1999 Lahore Declaration); and reigning in non-state actors such as Lashkar-e-Tayba, accused of committing terrorism against India. Indian leadership (from the majority in Congress and the BJP opposition) have wholeheartedly welcomed Mr Sharif’s return to power and his overtures towards India. For now at least, there is visible public optimism in both countries that perhaps the two traditional foes are finally well on their way towards a sustainable course of mutual peace.

Democracy and Foreign Policy Persistence: Why Pakistan’s India strategy under Nawaz Sharif may not see a paradigm shift