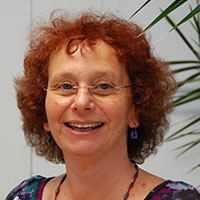 Dr Helen Liebling is a Lecturer-Practitioner in Clinical Psychology and Associate Member of the African Studies Centre at Coventry University. Helen has been carrying out applied research with survivors of conflict and post-conflict sexual violence and torture in Africa and with refugees in the United Kingdom since 1998. She has worked in northern Uganda, Rwanda, Eastern DRC, South Africa, and Liberia. Helen has numerous journal publications and her two book publications include ‘Ugandan Women War Survivors’ (Liebling-Kalifani, 2009) and ‘Justice and Health Provision for Survivors of Sexual Violence’ (Liebling & Baker, 2010). She has carried out consultancies, training and interventions to enhance support for conflict survivors and service providers in conjunction with Isis-Women’s International Cross-Cultural Exchange, Uganda. She is an invited member of the steering group of the Joint Learning Initiative addressing Faith and Local Communities role in the prevention and response to survivors of sexual and gender-based violence in the Great Lakes Region.