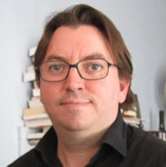 Jason Edwards is Lecturer in Politics at Birkbeck, University of London, where he teaches political theory. His research interests lie in democratic theory and the history of political thought. He is also co-director of Birkbeck's Centre for the Study of British Politics and Public Life and writes on British politics.

Jason Edwards / June 3, 2013 / 0
A republican economy should aim at maximising the genuine independence of economic actors. Only then can corruption be tackled at the root. In part this essay is a response to Stuart White’s call in his introduction to the Democratic Wealth series to challenge the relevance of republican ideas for thinking about how to build a citizens’ economy. I will first point to a significant potential weakness in contemporary republican political theory. There is a danger in the republican view of non-domination, namely the failure to recognise in relation to a republican economic order that it is necessarily an order of power. In one sense this view is perfectly consistent with the version of republicanism that has been proposed in recent times by Philip Pettit and Quentin Skinner, in so far as they licence interference by the state as a means of preventing non-domination. But, as emphasis is often important, there is a need to focus on the other side of the republican equation of freedom – the minimisation of dominance entails the maximisation of independence. How can this goal of the maximisation of the independence of economic actors be squared with the idea of governed economy where the conduct of those actors is subject to regulation and even prohibition? I will argue that the primary purpose of economic governance in a republican economy should be to promote the independence of economic actors as a means of preventing the abuse of economic power and the corruption of public life.