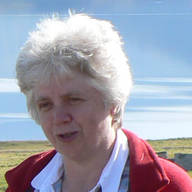 Professor Joanna Innes is a co-editor of Re-imagining Democracy in the Age of Revolutions: America, France, Britain, Ireland 1750-1850 (OUP, 2013). She was educated in Britain and the United States. She has taught and researched at Oxford University for thirty years. Her interest in this subject grows out of her interest in government and political culture in Britain and elsewhere, especially during the eighteenth and early nineteenth centuries. 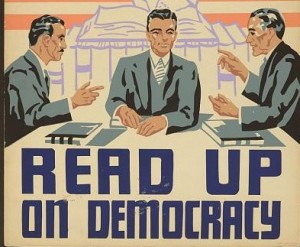 Finding the future of democracy in the past

Joanna Innes , Mark Philp / July 12, 2013 / 0
There are two different questions that might be asked about contemporary democracy: how did we get here? And where else might we have tried to get? A great deal of the ‘history of democracy’’ is written in the former mode, with the classical world and subsequent periods being identified as steps in a path towards a modern democratic world in which the people elect their governments and hold them accountable to greater or lesser extents. In Britain, the normal staging posts identified are the Levellers, the 1790s, the Great Reform Act, and the suffragist movement. In America they are the Declaration of Independence in 1776, the Federal Constitution of 1788, Jacksonian Democracy in the 1830s, the Civil War, and the Voting Rights act of 1965. In France, the French Revolution, 1830, 1848, 1871, 1836, and 1944. Ireland has far fewer dates! This sort of history is in effect being written backwards; it is a history of the present and how we got to it, not a history of the past, and what we might have fought for. One mark of this approach is that relatively little attention is given to the language people actually used; if we think their aspirations were democratic then it is assumed that we can describe their goal as democracy, even if they didn’t use the word. Moreover, since we link democracy to elections, we assume that the history of democratic aspiration was primarily a story of struggle over the suffrage. But much of this does violence to the evidence.

Finding the future of democracy in the past