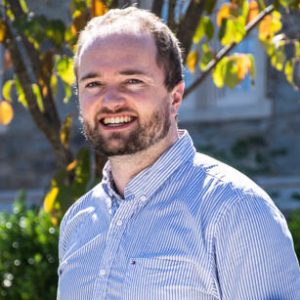 John FitzGibbon is a Programs Manager for the CTE with special responsibility for online projects. Before joining the CTE, John was an Associate Professor of European Politics at Canterbury Christ Church University in the UK. Previous to this he taught various politics courses at the universities of Dundee, Sussex, and the National University of Ireland, Maynooth. He has published on the topic of Euroscepticism in international peer-reviewed journals and edited books. In 2014 he received a Jean Monnet Project award from the European Commission to facilitate teaching innovation on the topic of European Political Economy. He holds a BA in History and Politics from the University of Limerick, and an MSc and DPhil from the University of Sussex.

Populism in an FPTP system: UKIP may still succeed if they play the waiting game

Stijn van Kessel , John FitzGibbon / June 8, 2015 / 1
Coverage and analyses of the recent British general election of 7 May have focused predominantly on the surprise victory of the Conservatives, the poor showing of Labour, and the close to clean sweep of the Scottish National Party (SNP). The performance of the UK Independence Party (UKIP), meanwhile, was generally perceived to be disappointing for the party of Nigel Farage. Indeed, it has been argued that, despite the high expectations of the past years, UKIP fell well short of causing a ‘Purple Revolution’. At the end of 2014 the party were trending at around 20 per cent in several opinion polls with some excitable elements in the media claiming the party could win as many as 40 seats in the general election. Given this narrative was just six months before the election, their final result of just one seat compounded the apparent failure of Farage’s ‘People’s Army’ to mobilise.

Populism in an FPTP system: UKIP may still succeed if they play the waiting game