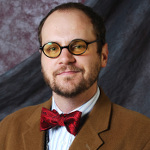 John Givens / June 11, 2013 / 1
The legal relationship between the Chinese state and the citizen are contradictory. The laws on administrative litigation are on one side of the spectrum. They allow the Chinese to sue their government, one of the regime’s most promising reforms (though it has often failed to live up to its potential). On the other hand, re-education through labour (RETL) (laojiao (劳教)), a draconian detention programme, has long been a focal point for critics of China’s human rights record, whereby China’s police can sentence an individual to three years (with a possible 4th year extension) in a labour camp without a trial Particular cases bear out these contradictions. Tang Hui and Zhao Meifu, two women detained separately under China’s re-education through labour system, have become so well known in China that they helped prompt calls for reforming the RETL system. Yet, both women were recently denied compensation by China’s administrative courts. While criticism of China’s human rights record and courts tends to be very general, these cases show that the small details of China’s legal system showcase the biggest injustices.