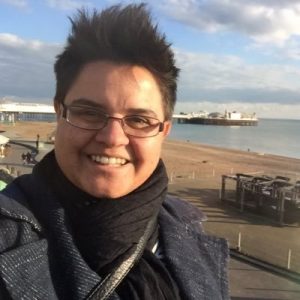 Kerry-anne Mendoza is a supporter of the Occupy Movement, and camps at Occupy London Finsbury Square. She studies Politics & International Relations at the LSE and writes the Scriptonite Daily blog. She is also a freelance management consultant.

Defending the 99%: Still a ‘slogan’ for our times

Kerry-anne Mendoza / March 8, 2013 / 0
[The following piece is a reply to Craig Berry’s Unpacking the 99% (see below), in which he argues that the slogan may be unhelpful for Britain, as it obscures the realities of actual wealth distribution.] The statement ‘We are the 99%’ has the resounding attributes of any truly powerful slogan. It not only captures an issue but creates an identity. The true power in the slogan is that for perhaps the first time, the myriad interest groups within the 99% realised they had more in common with each other, than the 1%. This is a vital step in any truly republican movement. In defending the 99% slogan, one must first attest to its accurate portrayal of the single greatest failure of neoliberalism; breathtakingly unequal distribution of wealth. James S Henry, former chief economist for McKinsey and now steering committee member for the Tax Justice Network, presented global wealth distribution figures in 2012 to illustrate this point. According to Henry, just 0.1% of the world’s population owns 81% of the wealth; the other 99.9% of people left with 19% of the wealth. This is a quite stunning failure of an ideology that purports to be the champion of fairness, justice and opportunity. It is quite right that this be called out, and that the 99% understand their position not only relative to each other, but in the broader context which goes practically unspoken in popular discourse. [This is the final piece of a trio exploring wealth distribution in Britain. See the first, Policy commission on UK wealth distribution, by Karen Rowlingson. It sits within our Democratic Wealth debate, in partnership with OurKingdom.

Defending the 99%: Still a ‘slogan’ for our times