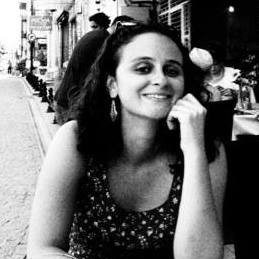 Luisa Enria is a doctoral student at Oxford Department of International Development.

‘We are Sierra Leoneans, not slaves’: contesting citizenship in Freetown

Luisa Enria / February 26, 2015 / 0
In the summer of 2013, Freetown’s King Jimmy Bridge collapsed. This was around a decade after the end of Sierra Leone’s civil war, and a year before the outbreak of the deadly Ebola virus; needless to say, the resulting deaths seemed barely newsworthy. But King Jimmy Bridge, and the tunnels that it took down with it, had particular significance to the many young people who make a precarious living in the neighbouring streets’ vibrant informal economy. The tunnels bore the marks of the chains used to imprison the victims of the Atlantic slave trade, as passages to the Ocean they were about to cross. Before King Jimmy Bridge collapsed, the tunnels served as congregation spots for young people, where discussions ensued about their current predicaments and about the plight of the youthman in a country where high rates of youth unemployment have forced a generation into marginal and irregular income-generating activities. The powerful symbolism of Sierra Leone’s historical memory of the slave trade (see Shaw 2002) was not simply embodied in marginal youths’ existence in the tunnels under King Jimmy Bridge. It was also explicitly evoked in their articulations of a political imagination based on notions of a citizens’ right to work. In the aftermath of an urban beautification project, Operation WID (Waste management, Improvement of the roads, and Decongestion), that curtailed street trading and commercial motorbike riding, young people’s frustration at this blow to their livelihoods was expressed through a poignant refrain: “We are Sierra Leoneans, not slaves!”

‘We are Sierra Leoneans, not slaves’: contesting citizenship in Freetown