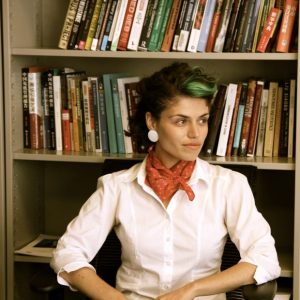 Maria Repnikova is a scholar of global communication, with a comparative focus on China and Russia. Her research examines the processes of political resistance and persuasion in illiberal political contexts, drawing on ethnographic research approaches and extensive time in the field. Maria holds a doctorate from the University of Oxford, where she was a Rhodes Scholar. She speaks fluent Mandarin, Russian and Spanish. The courses taught at GSU include International Communication, Chinese Media, Politics and Society, and Communication in Global Contexts.

Misperceptions in the Way of Stronger Russia-China Ties

Maria Repnikova / August 27, 2013 / 0
Xi’s recent visit to Russia is unlikely to spur more initiative from Russia to expand bilateral ties beyond trade agreements. This is mainly due to Russia’s misconceptions about China and the nature of their relationship. As I first crossed the China-Russia border from Heilongjiang Province into Primorsky Krai back in 2007, I stepped into a different world. On the bus that took me across the border, the many Chinese passengers were far more friendly and talkative than the few Russian travellers on board, hauling back Chinese merchandise. I had left Suifenhe, a town bustling with activity, including Russian tourists and traders, and suddenly found myself in a desolate and unwelcoming Pogranichniy. Most people who have crossed that border will recognise those contrasting impressions, which are symbolic of the two countries’ unequal standing. Last year, China’s GDP grew twice as fast as Russia’s. At the same time, investment as a part of GDP, a measure of potential future growth, was 46 percent in China versus only 23 percent in Russia. China’s growth in influence is truly global and multi-dimensional. Russia’s is mostly limited to the “Near Abroad”, and seems highly correlated with the price of oil and gas. Bilateral trade relations also reflect rising inequalities. Whereas in 2010 China became Russia’s leading trading partner, Russia was not in China’s top 10.Despite an 11 percent rise in the value of trade between the two countries in the past year, the potential for collaboration is far from fulfilled. 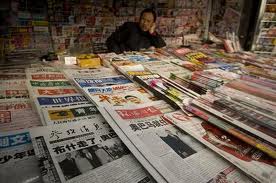 Media in China: Though sometimes driven to protest, China’s journalists remain committed to working within the political system

Maria Repnikova / January 17, 2013 / 0
When journalists at the Southern Weekly newspaper in China’s Guangdong province went on strike last week against a local censor, Chinese citizens and the international media alike sat up and took notice. Microblogs amplified the journalists’ demands and helped make the incident a national topic of debate. Foreign commentators drew parallels to 1989, suggesting this could be the start of bigger protests. But the deal quickly reached between Communist Party officials and the striking journalists shows that the system of media control is still very resilient.
Americas/Books/Comparative Government/Democracy and Elections

Gender Matters in Selection of Female Party Candidates in Canada

Maria Repnikova / September 12, 2011 / 0
Christine Cheng has recently co-published an article with Margit Tavits in Political Research Quarterly  arguing that  female party presidents in Canada are more likely to nominate female party candidates. The research is based on original data from Canada’s 2004 and 2006 federal elections. When the party’s gatekeeper or president is female, the candidate is also six percent more likely to be a woman. The effect is small, but statistically significant, making it important to consider in policies aimed at increasing female representation in politics. Namely, beyond parties’ formal rules to encourage female participation, informal interactions matter. Having more women in top political posts can be just as effective for attracting women to politics as formal party regulations. Another important finding … 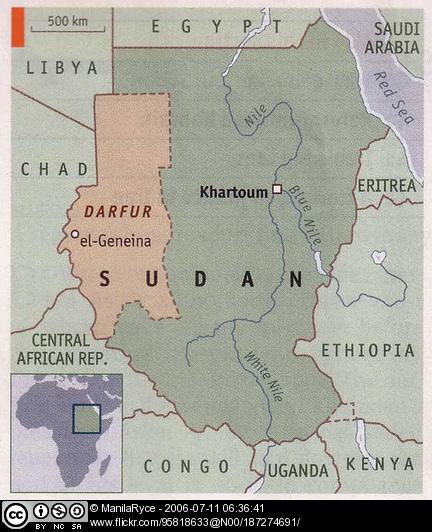 China and India in Sudan: an Uncertain Relationship

Maria Repnikova / June 30, 2011 / 1
On June 21, at the Manor Road Building, Oxford University, Daniel Large and Luke Patey discussed the role of China and India in Sudan’s oil sector. This industry is of particular interest today, as on the 9th of July the country will split into Northern Sudan and Southern Sudan. The recent border clashes illustrate the lack of agreement between the two sides about the sharing of oil revenues. The two speakers situate this issue within an international context by contrasting the involvement of China and India and discussing the long-term prospects of Sudan’s oil industry, among other interesting questions. China’s involvement in Africa has become a hot topic in media and political discussions. This has concealed that of other Asian … 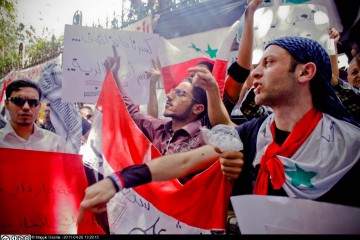 Maria Repnikova / June 20, 2011 / 1
On May 31 2011 Dr Daoudy shared her thoughts about the events in Syria with St. Antony’s students and faculty over a lunch seminar organised by Warden MacMillan. Ever since it started at the end of January, the Syrian uprising has been continuously in the news. Dr Daoudy discussed the opposition, the army, and the potential future scenarios for Syria. The opposition, it shares some characteristics with that of Egypt and Tunisia. It’s led by youth with no overriding ideology or religious affiliation. Dr Daoudy points out that the advantage of this type of opposition is that it can be labeled as anything, but the disadvantage is the lack of leadership and the inherent divisions within the opposition movement. The …
Comparative Government/Political Theory

Maria Repnikova / June 17, 2011 / 1
On May 24, 2011 at the Nissan Centre, St. Antony’s College, the book “The Korean State and Social Policy: How South Korea Lifted Itself from Poverty and Dictatorship to Affluence and Democracy” was launched. This lively event brought together all five authors of the book: Stein Ringen, Huck-ju Kwon, Ilcheong Yi, Taekyoon Kim and Jooha Lee. Their goal was to explain the mystery of South Korea’s successful and smooth transition from authoritarianism  and poverty to an affluent stable democracy. The authors stressed the importance of governance under authoritarian rule, and explored it through the prism of South Korean social policy from 1945 to 2000. Mixed governance, or state’s collaboration with other actors was at the core of the presentation and … 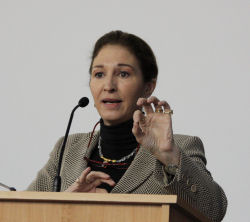 Maria Repnikova / May 31, 2011 / 0
Professor Anne-Marie Slaughter Discusses New Shifts in US Diplomacy Play Episode Pause Episode Mute/Unmute Episode Rewind 10 Seconds 1x Fast Forward 30 seconds 00:00 / Subscribe Share RSS Feed Share Link Embed Download file | Play in new windowOn May 18, 2011 Professor Anne-Marie Slaughter delivered the inaugural Distinguished Fulbright Lecture in Oxford. The topic: The Turn: US Foreign Policy from 2009 to 2011. The key message I took away from the lecture was that during the Obama Presidency, US diplomatic missions have shifted their focus more towards societal actors. The nature of US diplomacy has expanded from acting almost exclusively on a government to government basis, to interacting with societal actors or even acting as a facilitator between societal actors in different countries. This change in diplomacy is part of the emergence of a new paradigm driving the US Foreign Policy post “9/11”. In this paradigm, separation gives way to interconnectedness, conflict to collaboration; and the sole …