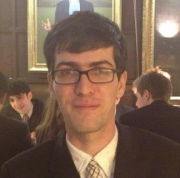 Max Goplerud holds an MPhil from the Department of Government and IR, Oxford (Nuffield College). He currently reads for a PhD at the Department of Government, Harvard University. Max's research interests focus on various questions in European politics; recent projects have examined new parties in British politics, dissolution of legislatures in OECD countries, and the careers and social behaviour of MPs. 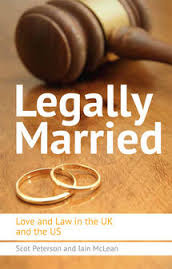 Same-sex marriage and the law: a Q&A with Oxford’s Iain McLean and Scot Peterson

Max Goplerud / February 19, 2014 / 0
I recently sat down with Dr Iain McLean and Dr Scot Peterson to discuss their new book, Legally Married: Love and Law in the UK and the US, which discusses the issues of same-sex marriage in both countries. I found your book very interesting and though it addressed a very topical issue whilst providing a wealth of historical information and context. Could I start by asking what you think is driving the apparently accelerating legalisation of same-sex marriage worldwide? Iain McLean: Which is the chicken and which is the egg? In North America, Latin America, and west/central Europe, social attitudes are changing further and faster than on any other moral issue that surveys have ever tracked. And politicians are responding. So are courts. Although judges like to believe that they are above politics, they would think hard about handing down constitutional interpretations that put them wildly at variance with public opinion. There is a possible ratchet effect too. The US Supreme Court’s decision in Windsor v. US, in June 2013, holding that denial of federal tax benefits to same-sex widow Edith Windsor, which she would have received if her spouse had been male, was unconstitutional, has speeded up the process of legalising same-sex marriage in New Jersey, and may do so in other US states as well.

Same-sex marriage and the law: a Q&A with Oxford’s Iain McLean and Scot Peterson