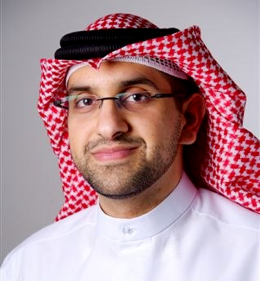 Based in the United Arab Emirates, Sultan Sooud Al Qassemi is a columnist on Arab affairs and an MIT Media Labs Director’s Fellow.

Sooud Al-Qassemi / February 20, 2014 / 0
The announcement by Egypt’s Defense Minister, now Field Marshall, Abdel-Fattah El Sissi that he would be running for president was greeted with joy and with apprehension, not only in Egypt, but also in the Gulf States. If current trends hold, it seems increasingly likely that El Sissi will be comfortably elected to serve as president of Egypt for at least the next four years. Egypt’s relations with the Gulf States under a potential El Sissi presidency will largely be shaped by the positions these states have taken in the past few months. Saudi Arabia, Kuwait, the UAE and Bahrain, who considered the Muslim Brotherhood to be a significant domestic threat, have strengthened relations with Egypt following the overthrow of former president Mohammed Morsi. Saudi Arabia, Kuwait and the UAE, who welcomed Morsi’s overthrow immediately pledged $12 Billion to post-Brotherhood Egypt, increasing their assistance in the subsequent months. If elected, President El Sissi will look to build on the current relationship with these states, possibly by visiting Riyadh, where he previously served as military attaché, and Abu Dhabi soon after the election. Although the UAE’s Prime Minister stated in an interview with the BBC that he “hopes (El Sissi) remains in the military, and that another person [runs] for the presidency”, a clarification was soon issued by the official news agency saying that the “brotherly advice is that General al-Sissi should not run as a military man for the post of the presidency”. El Sissi has already stated that Saudi’s support for Egypt will “never be forgotten” and expressed gratitude for the UAE’s aid.