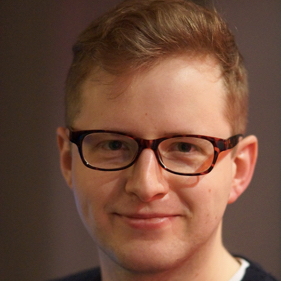 Tom Barker is a PhD candidate at the University of Cambridge, POLIS Department. He is an ESRC scholar and is researching the concept of 'real work'. His research interests also lie in British politics, political economy and political philosophy. 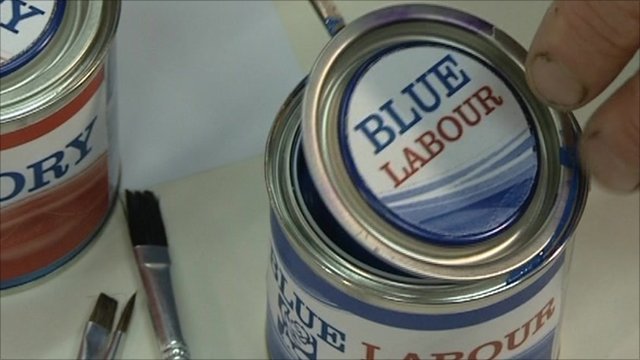 Tom Barker / December 22, 2014 / 0
Following Labour’s defeat at the 2010 general election, a new intellectual movement, close to the new leader Ed Miliband, began to gain ground within the party. ‘Blue Labour’ is most closely associated with the academic and activist Maurice (now Lord) Glasman and a small group of intellectuals and politicians. The Blue Labour agenda is set out in an ebook from 2011, The Labour Tradition and the Politics of Paradox (edited by Maurice Glasman, Jonathan Rutherford, Marc Stears and Stuart White), at the core of which is a powerful critique of Labour Party thought and policy since 1945. While many Labour supporters, activists and politicians see the achievements of the Attlee administrations as the apogee of the party’s history, Glasman and co. argue that Labour took a fundamentally wrong-turn after the Second World War, jettisoning an earlier Labour tradition of working class struggle, mutual assistance and self-help in favour of a top-down, elitist and bureaucratic model of social democracy. The principle authors argue that this basic settlement survived both the revisionism of Tony Crosland and the changes wrought by New Labour in the 1990s, contributing to the defeat of 2010, and the situation where Labour has alienated large swathes, not just of the middle class electorate, but of its traditional core working class vote as well. The ebook is unashamedly iconoclastic—at least to those schooled in a more orthodox reading of Labour party history—but perhaps its most unexpected claim is to the mantle of conservatism. In an essay entitled, ‘The future is conservative’, the cultural theorist Jonathan Rutherford argues that Labour, …needs to rediscover England’s radical traditions that are rooted in the long political struggle against dispossession. This includes reconnecting with an English socialism that grew out of the struggles for land and for the ownership of one’s own labour against the forces of the market and of arbitrary power. In this post-crash era, and in the wake of unregulated globalisation, Labour needs to develop a politics of belonging and a reform of capitalism that draws on the traditions of the common good and a common life. New Labour, argues Rutherford, was, in the end, insufficiently attentive to those left behind by globalisation, those whose jobs and communities had been sacrificed to the vagaries of the market. Rutherford argues that Labour must reconnect with the long tradition of English radicalism, stretching back over centuries, grounded in the struggles of ordinary working men and women attempting to resist the dispossession and commodification that accompany the spread of capitalism. His conservatism is about the importance of stability and continuity in work and local communities and in recognising the importance of rootedness and a sense of home. There are strong hints here of the conservative philosopher Roger Scruton’s insistence on the centrality of the experience of home to English identity: “England was first and foremost a place—though a place consecrated by custom.” Scruton is certainly a thinker Blue Labour likes to engage with. In a recent blog post for (the appropriately titled) Conservative Home, the Labour party’s Policy Co-Ordinator, Jon Cruddas MP (also a contributor to The Labour Tradition), reflects on Scruton’s new book, How to be a Conservative: he describes his Conservatism as a love of home. By which he means the common life and inheritance that belongs to “us”, the people, and which grows out of everyday life. Home is our customs, habits and language, our neighbourhoods and the landscapes we live in. It is also the generations who have been and those to come, the history of our country, and our memories. It is not ethnic in its origins, but it requires integration into its membership.

Where is British conservatism today: UKIP, conservative, libertarian or something else?

Tom Barker / December 10, 2014 / 0
As was said in the opening paragraph of this series, a well-rehearsed interpretation of UKIP is that they are a grouping to the right of the current Conservative party, dissatisfied with the old party’s failure to stand up to Europe and its perceived leftwards shift under Cameron. In this view, UKIP are, to quote a recent Labour party campaign, “more Tory than the Tories”. There is certainly something to be said for this claim. Leading figures in the party, as well as party activists, are former members of the Conservative party, not least Nigel Farage himself. While we await their 2015 election manifesto, a number of policies that have been proposed recently also seem to point in the direction of an ultra-Tory agenda, such as plans to abolish inheritance tax. But UKIP’s own constitution brands it as a “democratic, libertarian party”, while its most famous recent acquisition, Douglas Carswell, describes himself on his own twitter account as a “free trade Gladstonian liberal”. What are we to make then of UKIP’s ideology and identity? Firstly, it is only right to point out that UKIP, like almost all political parties, represents a coalition of different views. In particular, it displays a similar kind of mix of conservatism, liberalism and libertarianism that we find in the Conservative party. It is probably fair to say that libertarianism is a term less familiar to British political culture than to that of the United States, but British conservatives (including members of the Conservative party) often like to claim the mantle of liberalism and individual liberty, usually relating these ideas to the promotion of free enterprise, reduced state intervention in the economy and individual responsibility. That Mrs. Thatcher was an ardent admirer of Gladstone is no secret, and Simon Heffer has gone as far as to argue that she is best understood as a latter-day champion of Gladstonian liberalism, rejecting many of the values that had come to be associated with Toryism in the nineteenth and twentieth centuries, such as paternalism and protectionism. It is worth noting that Gladstone himself began life as a Tory. But once again, it might be argued that this merely attempts to reduce modern conservatism—encompassing UKIP—to free-market liberalism, when in fact it can be clearly distinguished from liberalism in other crucial respects. First of all, patriotism and nationhood are clearly central to both the contemporary Tory party and to UKIP. While both express outward-looking views on free trade, they also wrap themselves unashamedly in the flag and bang the drum for British values and virtues wherever possible. On the issue of mass immigration, while the Tory party are more divided, UKIP are, of course, vociferously opposed, pointing to the need to withdraw from the EU as the only way to guarantee full control over migrant entry into the country. Compare this to the liberal internationalism of Nick Clegg, an economic liberal in key respects, but alone amongst the three main party leaders in his outspoken support for the EU. Other UKIP policies are also suggestive of an ultra-conservative agenda rather than a liberal one, including the promotion of grammar schools and tougher sentences for prisoners. Then there are those amongst the party’s rank-and-file who occasionally crop up to embarrass the leadership, like councillor David Silvester, who, earlier this year, claimed that recent flooding had been the result of the government’s legalisation of gay marriage. While there is no suggestion that this particular view is widespread within the party, it nonetheless hints at an undercurrent of extreme, evangelical social conservatism that feels quite alien in secular Britain, but is perhaps not quite as distant as we like to think. 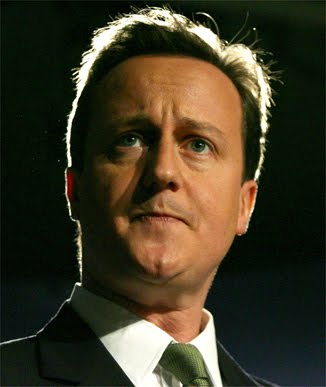 Where is British conservatism today?

Tom Barker / December 1, 2014 / 0
On Friday 10th October 2014, Britain woke up to the news that the voters of Clacton-on-Sea had elected a UKIP Member of Parliament. To some, no doubt, this marked the inevitable culmination of the fracturing of the British right that began over twenty years earlier with the ratification of the Maastricht Treaty, under the auspices of the then Conservative Prime Minister, John Major. It was this episode that led first to the formation of the Anti-Federalist League and then to its successor organisation, the United Kingdom Independence Party, in 1993, which has since attracted significant numbers of disaffected Tories, angry at the Conservative’s apparent acquiescence to further European integration. UKIP has grown now to a membership of over 35,0﻿00 and seems to be finally breaking out of its single issue, single personality mould, to become a real electoral challenge to the Tories. The recent defection of two sitting Conservative MPs, Douglas Carswell and Mark Reckless, to UKIP, confirms for some people what they have been thinking for a long time: that the Conservative Party no longer does what it says on the tin, that it is, to quote the journalist Simon Heffer, “insufficiently conservative”, the torch of conservatism having now passed to Farage and co. In this post, the first of three on conservatism in Britain, I want to consider the plausibility of this claim, as part of a broader attempt to determine which political party in Britain today has the most convincing claim to the mantle of conservatism.[1] The answers are by no means clear-cut (they rarely are in politics) and may even seem counter-intuitive. It must be stated at the outset that conservatism is not, by any means, a single, coherent or homogenous ideology. It consists of various branches and traditions and shares similarities with other, nominally distinct, philosophies—notably liberalism. This undoubtedly complicates the task in hand, but it is important to recognise the complexity of the object of study before embarking on the analysis.

Where is British conservatism today?