Will Jones is Junior Research Fellow in Social Sciences and Stipendiary Lecturer at Balliol College, Oxford. 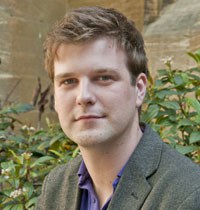 The M23 rebellion: An (exceptionally provisional) attempt at some analysis

Will Jones / November 22, 2012 / 0
Goma has fallen. It had at 2pm on Tuesday, at least. This sprawling city of a million people, built on and out of volcanic rock on the shores of an exploding lake has become synonymous – insofar as it comes to the attention of the wider world at all – with catastrophic refugee crises, ecological devastation, and looting and pillaging. This week will do nothing to change that script. The villains in this particular script are a rebel group with the strange name of M23, (not to be confused with these guys), which launched in April of this year, ostensibly over broken promises made in the agreement of March 23rd.

The M23 rebellion: An (exceptionally provisional) attempt at some analysis