Isaac Haruna Ziaba , William Somtuaka Kombian / July 24, 2020 /
Ghana goes to the polls on December 7th. However, for the first time in 24 years, the major stakeholders—including the Electoral Commission (EC) and the leading opposition National Democratic Congress (NDC) party—could not arrive at a consensus over the electoral rules that will govern the election in 2020. Agreed upon electoral rules have historically been critical towards securing a stable electoral process. Amidst the prevailing dispute on the electoral rules, we argue that a tense political climate is building which, if not well managed, could lead up to violent contestation of the results of the December 2020 elections and, in the process, undermine Ghana’s time-honoured integrity as a beacon of democracy in Africa.  Background on the dispute The dispute over the rules for this year’s election … 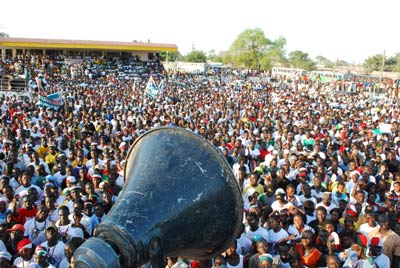 Zenobia Ismail / March 9, 2015 / 0
Over the past two decades the countries in southern Africa have generally had ‘dominant party systems’. Such party systems consist of one large ruling party which is dominant, in terms of seats in the national assembly or incumbent advantages, and a number of small opposition parties. The literature on dominant parties (Bogaards, 2004 and Greene, 2007) and competitive authoritarianism (Schedler, 2009 and Levitski and Way, 2010) provide useful insights for understanding the party politics of the region. The dominant party is usually a former liberation movement which fought to end colonialism or white minority rule. Nicholas van de Walle observes that opposition parties in the region lack the financial and organisational ability to compete with the incumbent advantages of ruling parties. As such, they remain small and fragmented. The dominant parties in southern Africa maintain their hold on power through a mix of co-option and coercion and are not unlike their counterparts in other competitive authoritarian states such as Mexico, Argentina and Russia. For example, mass political rallies are held to demonstrate the ruling party’s extensive support base. People are allegedly enticed to rallies with gifts in cash or kind. In addition state media are manipulated to give the ruling party more coverage and draw attention to its achievements and the government attempts to control the media through regulation or intimidation.