Faye Curtis (DPIR, University of Oxford) / March 12, 2021 /
In February 2020, the Trump administration made a deal with the Taliban. Under what became known as the Doha Agreement, the US and all foreign forces promised to depart Afghanistan by May 2021, so as long as the Taliban held up its side of the deal to 1) enter into peace talks with the US-backed Afghan government and 2) ensure Afghanistan never again becomes a safe haven for terrorists. So far, the agreement is technically being implemented. Peace negotiations began in September 2020, though they have yet to produce results. The Taliban have also stuck to the letter if not the spirit of the deal by holding off attacks against US and Allied forces (although attacks against the Afghan government and civilians have continued). However, with the May deadline fast approaching, President … 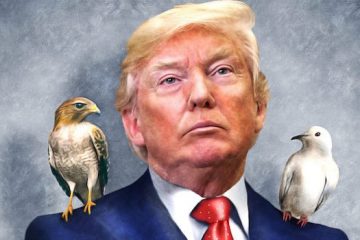 Jonas von Hoffmann / September 18, 2019 /
In early September, President Donald Trump lost his third National Security Adviser, John Bolton. Since then it emerged that the two clashed over a number of issues, with the former advocating for US intervention in a number of countries and the latter favoring a less confrontational approach. Reportedly, Trump quipped that “if it was up to John, we’d be in four wars now.” In fact, the president has repeatedly stated his aversion to foreign (mis-)adventures. Trump’s “America First” approach to foreign policy has been at odds with Bolton’s “America Everywhere” approach from the outset. Why, then, did a president with such dovish tendencies chose a hawk’s hawk as National Security Adviser? What does the ouster of John Bolton tell us …

Ishtiaq Ahmad / February 21, 2012 / 1
Compared to the Taliban era of the 1990s, Afghanistan has made impressive gains in the sphere of human rights, especially women’s rights. The Afghan constitution prohibits discrimination between citizens “whether man or woman”. Consequently, Afghan women have a visible presence in parliament, cabinet, civil administration and media. As pillars of civil society activism, they have played a crucial role in expanding female education across the country. For the moment, the Afghanistan Independent Human Rights Commission keeps the government under scrutiny and the country’s vibrant media promotes a culture of free enquiry in what is still a predominantly tribal society. What Afghanistan has been able to achieve in the middle of a war, with international help, was virtually unthinkable over a …