Christopher Hood is Gladstone Professor of Government and Fellow of All Souls College Oxford and ESRC Professorial Fellow 2011-2014.

Rozana Himaz is an ESRC-funded post-doctoral researcher at the Department of Politics at Oxford. She is also a Lecturer in Economics at Queen’s College Oxford. Her research interests lie in the empirical analysis of issues pertaining to welfare and policy. 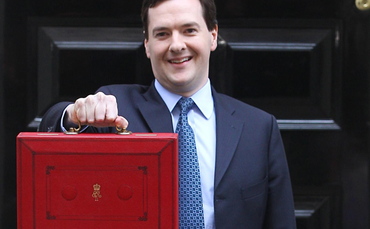 The future of fiscal squeeze: More of the same?

Christopher Hood and Rozana Himaz / January 22, 2015 / 0
What can we learn about the future of fiscal squeeze in the UK (defined as substantial political effort to increase revenue or cut public spending or both) from looking at past cases? Is current or recent ‘austerity’ in a class of its own when we put it into historical perspective, or is it part of an evolving pattern? The table below identifies a total of twenty UK ‘squeeze’ episodes over a century (which can be qualitatively grouped together into roughly thirteen) in which revenue increased or public spending fell by a significant amount relative to GDP. We define a ‘hard squeeze’ as one in which revenue rose or spending fell both in absolute constant-price terms and relative to GDP, and a ‘soft squeeze’ as one in which revenue rose or spending fell on one of those measures but not the other. The table also records the variety of governments involved in squeezing (right or left, coalition, majority-party, minority), the delegation or otherwise of economic policy functions or decision advice relating to interest rate setting, consideration of spending economies, and financial/economic forecasting. Of course, deriving consistent data series from historical statistics over a hundred years is far from problem-free, so we should not try to read too much into small differences. And two of those thirteen episodes occurred during the special circumstances of the two twentieth-century world wars, involving very sharp revenue squeezes together with cuts in civilian spending to fund a huge blowout in military spending when party electoral competition was largely suspended. But even allowing for such issues, three changes over time stand out from this analysis. 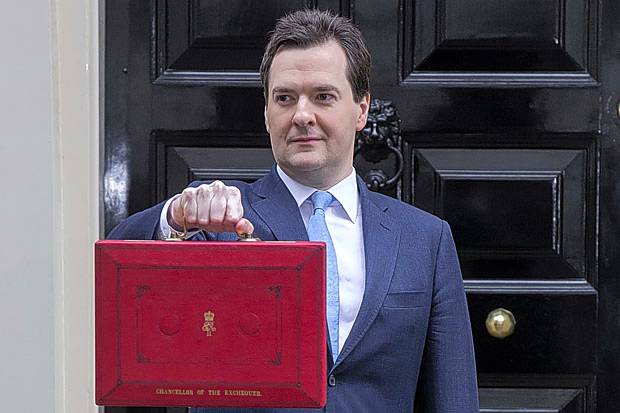 Christopher Hood and Rozana Himaz / February 13, 2014 / 3
At the beginning of the year, George Osborne announced his intention to push on with spending cuts should the Conservatives be re-elected in 2015. We looked at previous episodes of UK expenditure cutbacks and find that the current proposals are no more extreme. However, the Scottish referendum could mean the stakes in spending-cap politics prove to be higher this time round. At the beginning of this year the Chancellor, George Osborne, announced a proposal to impose spending cutbacks during the next Parliament. The plan announced was for £25bn of spending cutbacks over the period 2015-17 to deal with the UK’s continuing deficit. That deficit-cutting strategy appeared to rely largely on spending cuts (mostly directed at working-age welfare) and little if at all on tax increases. The table below compares the outcomes of eight selected episodes of UK spending cutbacks over a 90-year period, including the current coalition government’s spending record based on reported figures up to 2013. It also compares those eight historical episodes with the plans announced by Osborne for further spending cuts before and after the UK general election scheduled for 2015, based on the assumptions (a) that those plans would be fully implemented as announced and (b) that the OBR forecasts of GDP up to 2017 proved to be broadly correct. Both assumptions are of course highly contestable.