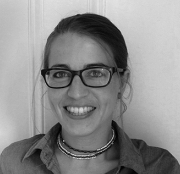 Lorenza Fontana joined the Faculty of Social Sciences at The Open University as associate researcher in September 2015. From January 2016, she has taken on a EU-funded Marie Curie Global Fellowship hosted by Harvard University (2016-2017) and The Open University (2018). Prior to joining The Open University, she was an associate researcher at the Sheffield Institute for International Development, University of Sheffield.Lorenza has also worked on different international research projects, namely on social conflicts and good governance (UNDP) and on the quality of Latin American democracies (IDEA/IPSA). She has held visiting positions at the École des hautes études en sciences sociales (EHESS) in Paris, at the University of Cape Town, South Africa, at the University of Palermo in Buenos Aires, Argentina, and at the EAFIT University in Medellin, Colombia.

Plurinational citizenship in the making

Lorenza Fontana / February 19, 2015 / 1
In 2009, after a long and contentious process of national dialogue that led to the approval of a new Constitution, the Republic of Bolivia officially changed its name to Plurinational State of Bolivia. Over the last decade, the idea of plurinationalism has influenced public debates across the Andean region. In 2008, the Ecuadorian president Rafael Correa defined plurinationalism as the coexistence of several different nationalities within a larger state where different peoples, cultures and worldviews exist and are recognized. Yet, Bolivia was the first country to go all the way, not only including this idea in the Constitution (as Ecuador did) but actually changing its official name. This is not just a formality. The new Bolivia is engaging in a process of in-depth institutional reforms, challenging mainstream narratives and political structures and reinventing a model of the state and creating notions of citizenship better suited to highly diverse ethnic and cultural landscapes. In Latin America, the effort to challenge assimilationist and universalist models of citizenship (both republican and corporatist) took shape during the 1990s, when multicultural politics emerged and culture and identity became legitimate political claims. However, multiculturalism was not an easy partner for the neoliberal consensus, and claims for collective (rather than individual) rights and for territorial autonomy raise what Deborah Yashar (1999) calls a “postliberal challenge”. While concepts such as multiculturalism and pluricultural citizenship were a key part of the neoliberal agenda, it was with the Leftist turn in the following decade that the more radical idea of a plurinational state took shape. In Bolivia, the election of Evo Morales as President in 2005 and the rise of the Movement Towards Socialism (MAS) gave political meaning to plurinationalism as an alternative model of state and citizenship, which was meant to overcome the neoliberal multicultural framework for diversity management.

Plurinational citizenship in the making