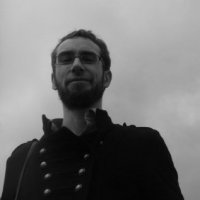 Robert Jubb is a Leverhulme Early Career Fellow in the Department of Politics and International Relations at the University of Leicester. His fellowship was granted for a project on responding to injustice, and he has published work on involvement in and responsibility for political injustices. He is currently particularly interested in how to defend egalitarian political commitments in a realistic but philosophically respectable way.

If we are to apply it to contemporary politics, which republicanism should we be talking about?

Robert Jubb / March 5, 2014 / 3
Too narrow an interpretation of republicanism can rob us off many of the tools and insights we should now be employing. This is no time for elite paternalism. As an intellectual tradition, republicanism is a broad church. J. G. A. Pocock’s seminal charting of a particular part of that tradition, his genealogy of republicanism’s role in Britain’s 13 North American colonies’ struggle for and consolidation of their independence in The Machiavellian Moment, takes in figures as different as Niccolò Machiavelli and Alexander Hamilton. Any attempt to draw on the republican tradition for contemporary political insight needs to be aware, then, of the variety of thinkers who fall within it and the specificity of the problems they were trying to solve. Often their differences are considerably greater than their similarities, and in failing to appreciate those differences, much of the sophistication and plausibility of the lessons we might learn from the tradition can be lost.

John McCormick , Stuart White , Robert Jubb / January 29, 2014 / 0
When politicians are described today as ‘Machiavellian’ the implication is that they are no more than cynical graspers at power for its own sake. Most historians of political thought have long argued that Machiavelli’s own views and politics were more complex than this. In his 2011 book, Machiavellian Democracy (previously reviewed for OurKingdom by Guy Aitchison), the political theorist John P. McCormick offers an innovative reading of Machiavelli. According to McCormick, Machiavelli was not only a republican thinker, but by the standards of his day, and our own, a radically democratic one. Moreover, some of Machiavelli’s ideas, such as his advocacy of plebeian, tribunate institutions, arguably remain relevant to today’s discussions of democratic renewal. Robert Jubb and Stuart White interview John here for the ‘Democratic Wealth’ series.