History is written by the victors.

In the  two weeks that have followed the shock result of the United Kingdom’s referendum on EU membership, a profound sense of horror and foreboding has settled across liberal and progressive Britain. Whatever expectations the British people may have entertained throughout the course of the campaign, it is now painfully clear that the primary result of the referendum will be to hand control to a small number of right-wing demagogues dedicated to reversing the advance of modern cosmopolitan Britain.

And this rag-tag cabal looks likely to set the narrative of democratic politics in Britain for years to come. Amidst flawlessly-crafted cries of ‘we want our country back’, Britain will be sold a bombastic, populist daydream designed to efface the memory of an inclusive, egalitarian, and outward-looking liberal ideal. Brexiteers will seek to confine progressive politics to the dustbin of history.

Amazement at the victory of the Leave campaign is all the more resonant because it reflects such a stark contrast with what came before. Over the last twelve months, left-wing activists demonstrating in universities and on the streets have been pushing the boundaries of the broader liberal-progressive ideal. The Rhodes Must Fall (RMF) movement provoked controversy over its uncompromising demand to end the memorialisation of historic architect of British imperialism, Cecil B. Rhodes, on college campuses and in public spaces.

RMF argued that statues of nationalist demagogue Rhodes had no place in modern, multicultural Britain. But their arguments generated a staunch liberal defence of the integrity of history, and a refusal to be reshaped by a radical political agenda. Barely three months ago, the battle for tomorrow was being played out in disagreements between liberal and progressive groups aiming to come to terms with a bloody imperial past.

Today, Britain is faced with the rise of the Cecil Rhodes of the twenty-first century. Liberals are dumbfounded by a revival of xenophobic populism among prominent right-wing architects of Brexit. And neither the centre, nor the left, has fully come to terms with this unwelcome shift in the political reality.

Post-referendum analysis has focused on the revelation that many who voted to leave the EU did so because they felt left behind by the pace of globalisation, or ignored by the trans-national political elite. Writers have lamented the fact that the masses were primed to embrace the rhetoric of the Brexiteers because of the failings of a distant progressive discourse, and have called for greater outreach and education in these communities. And this observation will undoubtedly be important for social reconstruction in the years to come.

But it is imperative not to lose sight of the way that the leaders of the Leave campaign used popular discontent in order to manipulate democracy in pursuit of their own political goals, and in order to legitimise a political culture that challenges the survival of liberal and progressive ideals. Brexiteers continue to stoke up aggressive nationalism (asserting the inherent superiority of British national identity) because they wish to displace arguments grounded in fairness and the equitable redistribution of wealth from common political discourse.

Over a hundred years ago, the most vocal champions of imperialism sought to employ the same techniques. Rhodes argued for a politics centred on expansionist nationalism in order to ‘save the forty million inhabitants of the United Kingdom from a bloody civil war’, caused by popular resentment of social inequality and widespread poverty. Remarkably, the argument that Rhodes put forward not only served his own financial interests (in the African colony that was soon to bear his name); it also served the interests of a broader political culture saturated with the exploitational values of finance capitalism. Rhodes sought to channel the enthusiasm of Britain’s nascent democracy towards a powerful assertion of national superiority, in order to distract the masses from their own exploitation, derail plans to redress economic inequality through social welfare reform, and legitimise an economic agenda pursuing the interests of a small financial elite.

Post-Brexit Britain faces the threat of an unholy alliance of the right, inspired by a similar ideological agenda. During the campaign, leading Brexiteers used misleading campaign promises (since disowned) and jingoistic appeals to national self-interest in order to whip up a storm of public enthusiasm for their own vision of an ‘independent’ Britain. They campaigned for an end to EU regulation on the grounds that this would benefit industry (rather than the everyday consumer).  And – in interviews before and after the referendum result – they betrayed a troubling ambivalence over the future of the National Health Service and the welfare state.

The leaders of the Leave campaign have ushered in a sectional political agenda, justified within a culture of economic and political nationalism. Liberals and the left are therefore faced with the very real threat of a contemporary Cecil Rhodes. And yet, the greatest danger for progressive politics lies in the apparent triumph of a divisive, xenophobic political culture that seeks to dominate and shape British political discourse. The right-wing bluster of the Brexit campaign has begun to displace the progressive political culture that emerged from the tattered remnants of Britain’s imperial identity in the second half of the twentieth century, built on fairness, equality of opportunity, and collective responsibility. Brexit has elevated an atomistic vision of human nature fixated on sovereignty and the fear of the other – which can only be embodied in moral individuation and isolation.

Crucially, this bombastic political culture did not arise overnight, but emerged gradually over the course of many decades – in Parliamentary posturing against the European Commission, and in paranoia over immigration whipped up by the less scrupulous sections of the tabloid press. It does not reflect a totally coordinated (or even conscious) programme. The suspicion of the foreigner, and the hostility towards ‘the experts’, that has grown up among thoughtful Brexiteers is not the effect of political sleight-of-hand. Rather, it is part of a pervasive reactionary mindset, which is simultaneously modern and archaic; which wants to reinvent Britain, and to drag it back to a fictional golden age assured by national virility and control. Brexit has revealed a culture war, which the left has been quietly losing.

Liberals and progressives are now facing a clear threat to their common existence: a powerful politics of identity that aims to efface the memory of outward-looking and inclusive Britain. It is a politics that seeks to hijack democracy – and use it to dictate the terms of a great referendal defeat. How can centrists and leftists confront this challenge in post-Brexit Britain? In the late-nineteenth and early-twentieth centuries, Liberal and Socialist parties combined forces in an electoral alliance in order to counter the potent nationalist appeal employed by Rhodes and his followers. And a progressive alliance of Labour, the Liberal Democrats, and the Greens could do much to ensure the integrity of progressive politics in Britain. Ultimately, however, the survival of progressive culture will depend on the affirmation of shared values, and a common struggle to define an alternative, cosmopolitan future. Liberals and the left must be willing to put the squabbles of yesterday to one side, in order to avoid being written out of history entirely. Brexiteers must fall, along with the divisive and xenophobic culture that they represent.

Richard Elliott is a DPhil Politics student at Jesus College, Oxford. His research focuses on theories of democratic politics, and the history of political thought. His thesis is specifically geared towards reconceptualising democracy as an evolving form of community self-rule, characterised by the active engagement of citizens. 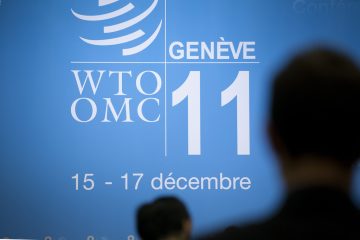