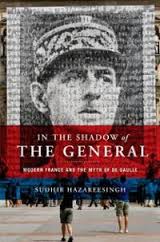 Gavin Jacobson / June 24, 2013 / 1
Sudhir Hazareesingh talks to Gavin Jacobson about his recent book, In the Shadow of the General: Modern France and the Myth of de Gaulle (New York, Oxford University Press, 2012). Gavin Jacobson (GJ): Perhaps you could begin by telling us about what led you to start thinking more closely about Charles de Gaulle, and why you decided to write this book. Sudhir Hazareesingh (SH): When I was finishing my book on the Napoleonic legend, I concluded that since the 1980s, General de Gaulle had become France’s favourite national hero. I found this intriguing, especially as de Gaulle seemed to have been adopted by the Left, who had opposed him vigorously for much of his time as president. So I thought it would be interesting to explore how and why this situation had come about – and also how this Gaullist cult compared with its Napoleonic predecessor. So this is what the book eventually became: a study of what de Gaulle has come to mean to the French, and what his iconic status tells us about French political culture. GJ: Could you give us some idea of what you mean by ‘myth’? How is your understanding of it here different from the way people like George Sorel have previously defined it, for instance? SH: I use ‘myth’ to denote an idealized representation of a phenomenon, either by a collectivity as a whole, or within a specific ideological framework – it can refer to a historical moment, like the French Revolution; certain moral and political values (‘we are a freedom-loving people’); exemplary social groups like the bourgeoisie or the proletariat; or leaders like Napoleon or de Gaulle. Sorel’s notion is more normative, and also more narrowly focused, in the sense that he is talking about how certain political ideals can help collective mobilizations to bring about revolutionary change. I think of myths as a much broader category, and they are not just about transformation: a powerful myth can also prevent substantial change (see the monarchy in Britain today!). I think myth is a useful concept for the social scientist because it opens up new avenues for analysis. Politics is too often thought about purely in ‘rational’ terms, as a function of interests – the concept of ‘myth’ is helpful to understand what role memory, imagination, and passion can also play in politics. 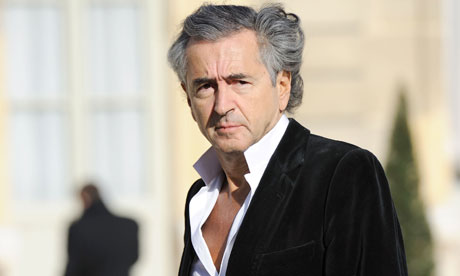 Kate Brooks / May 9, 2013 / 0
One of the leaders of the ‘Nouveaux Philosophes’ movement in 1976, Levy has made contributions to many areas of philosophy. However, he has recently gained notoriety for his prominent and influential opinions regarding humanitarian intervention. As a man with a penchant for war zone tourism, Levy has trotted the glob in response to each new outbreak of conflict; ostensibly in order to attract public attention to the issue (and, arguably, to himself); each time proclaiming his solution to the crisis within a few weeks of arrival. That solution is frequently very similar – the West must intervene. 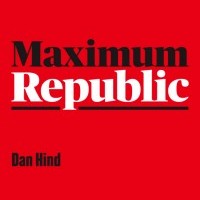 James Stern-Weiner / December 6, 2012 / 1
Britain has been fooled. Told that ‘republicanism’ just meant sacking the monarchy, the British have missed its radical vision for the future. James Stern-Weiner, co-editor of the New Left Project, interviews Dan Hind, the author of a new pamphlet that seeks to ignite the flame. 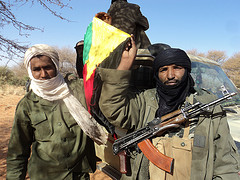 On the Recent Attacks in Timbuktu: A Q&A with Professor David Anderson

David Anderson / July 13, 2012 / 0
In a recent interview with Emine Taskiran, a journalist with Zaman, a Turkish newspaper, I responded to queries about the coup in Mali and the destruction of ancient shrines in Timbuktu . The situation is very fluid and receives little attention in the British press. It is best covered by Le Monde and All Africa. Emine Taskiran’s interview is reposted here with the kind permission of Zaman. Emine Taskiran: What is the structure of government in Mali? And what is the relation between the government and militant groups? David Anderson: The coup in Mali earlier this year removed an elected government, one of the longest standing democratic governments in Africa if you measure it simply by their length of time in office. … 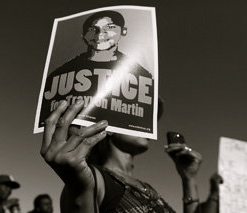 Questions of Inclusion: What the Trayvon Martin Case Reveals about Race in America

Cailin Crockett / April 12, 2012 / 0
A Conversation with Rakim Brooks Background: On February 26, 2012, 17 year-old Trayvon Martin was shot and killed as he was walking home to his father’s house in a community in Sanford, Florida. Unarmed, Martin was seen carrying an iced tea and a bag of Skittles candy, when 28 year-old George Zimmerman opened fire on the boy, resulting in his death. Until yesterday, under the auspices of self defence and through the protection of Florida’s “Stand Your Ground” law, Zimmerman had not been arrested for a crime that the civil rights community insists was motivated by racial prejudice.  Public outrage regarding the handling of the incident (no doubt including the decision not to arrest Zimmerman) resulted in the resignation of … 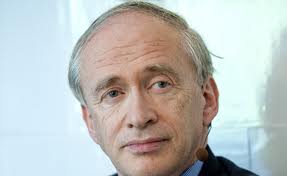 What is Political Thinking?: A Q&A with Professor Michael Freeden

Alexander Ewing / March 17, 2012 / 1
Recently retired from Mansfield College, Oxford, Professor Michael Freeden, a political theorist is best known for his work on political ideologies, a subject often maligned as an inferior cousin of political philosophy and political theory. Marx did no favours for the term, of course, and End of Ideology thinkers like Daniel Bell and Seymour Martin Lipset defined ideologies so narrowly and pejoratively that few are inclined to attach their thinking to the moniker – or believe it is worth studying. But scholars interested in the interaction between ideologies and language, like Freeden, and also post-Marxist scholars like Ernesto Laclau and Chantal Mouffe, have resurrected the study – and the word.  In his landmark book, Ideologies and Political Theory, Freeden argues that … 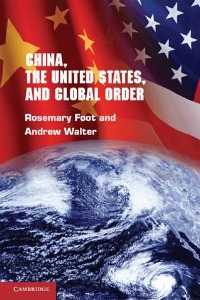 China, the United States, and Global Order: An Interview with Professor Rosemary Foot

Cailin Crockett / February 7, 2012 / 0
Rosemary Foot is a Professor of International Relations and John Swire Senior Research Fellow at St Antony’s College, Oxford. She has been a celebrated China scholar since completing her doctorate at the London School of Economics on Sino-Soviet relations and West Asia. Here, Professor Foot takes a moment to speak with Politics in Spires regarding her most recent book. Congratulations, your latest book, China, the United States, and Global Order has been praised by Foreign Policy Magazine as one of the 23 Essential Readings of 2011. Could we begin with you telling us a bit about the efforts behind this work? The book was a collaborative effort.* My co-author [Andrew Walter] is a specialist in international political economy, and I … 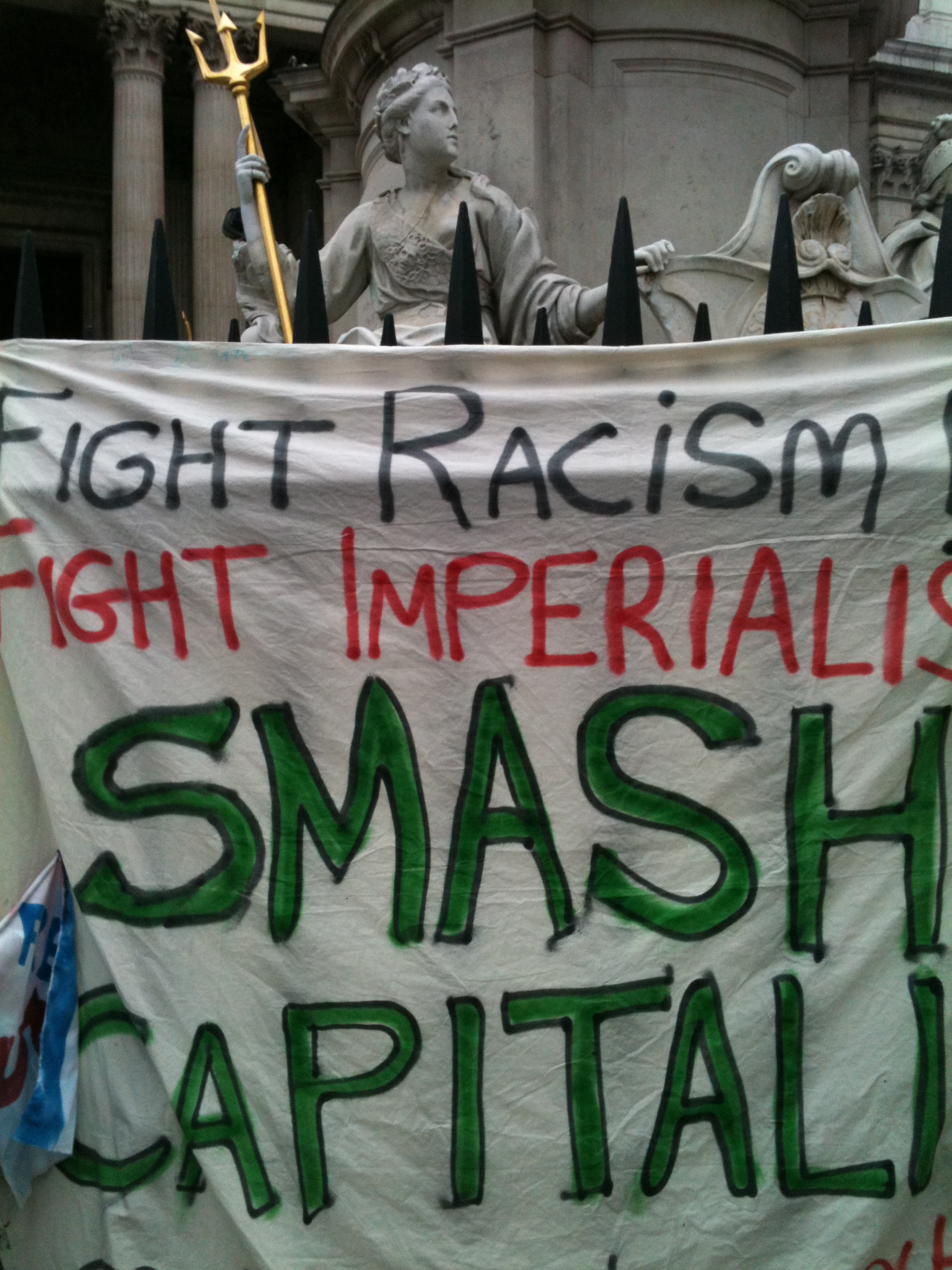 Towards a Realizable Progressive Politics: A Q&A with Dr. Sophie Heine

Cailin Crockett / January 13, 2012 / 0
Dr. Sophie Heine is a visiting scholar at the University of Oxford Department of Politics and International Relations, a Research Fellow at the Universtité Libre de Bruxelles and FNRS and a Wiener-Anspach Foundation Scholar; her research engages with identity politics and ideology in contemporary Europe. Here, she takes a moment to speak with Politics in Spires regarding the Occupy protests of 2011, and offers a preview of her forthcoming book. I. Your recent work, Oser penser à gauche (“Dare to think to the left”), argues that contemporary progressive politics must redefine its underpinning ideology and articulate a coherent, emancipatory platform for change. This analysis proves particularly relevant to the waves of “Occupy” protests that began in New York in October …
We use cookies on our website to give you the most relevant experience by remembering your preferences and repeat visits. By clicking “Accept”, you consent to the use of all cookies.
Customise cookie settingsACCEPT
Manage consent

Towards a Realizable Progressive Politics: A Q&A with Dr. Sophie Heine