Mexico’s Election: The Good, the Bad and the Ugly

Come Sunday at 6 p.m. (GMT-5) Mexican citizens will have had elected not only a new president, but also over 3,400 new public officials. Being the largest electoral process in Mexican history, this third federal voting round in the post-transition era determines not only Mexico’s future, but —along with several other elections in the region— it also helps configure the ideological composition of Latin America.

Instead of providing an overview of the contenders or discussing the trade-offs and the potential risks of the populist left, I will a) assess the campaign, b) zero in on the topics to look out for during and after election day and lastly, I will also c) identify key challenges for the future. My assumption or rather my concern is that, while it is interesting to talk about polls and effective vote intention, there are larger-than-victorissues that will heavily condition not only the consolidation, but ultimately the survivalof Mexican democracy.

Although the 2017 local elections served as a prelude for Mexican parties and media to shape up the political arena, formally, campaigns for the presidency started by the end of March and ended on the 27thof June, lasting 90 days exactly.  While we could draw positive and negative highlights of speeches and collect sufficient material for a course on failed and effective political marketing, I would like to draw attention to two positive and two negative elements of the campaign experience:

Overall, the flow of information and the standards set to assess it, helped strengthen the transparency of the whole process. Having the electoral authority constantly tracking campaign expendituresand making them public was also vital to this purpose. These, along with the role played by Pedro Kumamoto and other independent candidatesto (local) Congress, are the key positive experiences of the 2018 campaign.

In sum, as the recent political use of judicial institutions also demonstrates, alleviating the heavily polarized environment in Mexico requires strengthening institutions and the rule of law as well as broadening the scope of the social topics and issues that articulate public discussions.

The (hopefully not so) Ugly: Election Day

On Sunday, polling stations open at 8 a.m. and close at 6 p.m. As citizens and party representatives count paper ballots, results start coming in around 8 p.m. and according to Mexico’s National Electoral Institute (INE), for the presidential race an irreversible trend will be detectable an hour before midnight. Below I pinpoint issues that will have gained salience as the night progresses:

This last section briefly looks at perhaps often-cited, but nonetheless crucial challenges that Mr. New Mexican President, but more broadly the Mexican State, will need to address in the short, mid and long term.

This election has the potential to completely reshuffle the cards and change the distribution of power across the country. In an international scenario in which democracy seems under threat, Mexico’s new government needs to show that we can achieve growth with equity. In the upcoming years Mexico needs to convey a clear message to the world: there is still hope.

Javier is a DPhil in Politics candidate based at Wolfson College. He teaches Latin American Politics to undergrads at the University of Oxford and has worked as an Associate Lecturer at Oxford Brookes University for the same course. He is interested in regime change, subnational politics, sci-fi, videogames and movies.

What does Cosmology imply for the Plausibility of Establishing a World Government?

Mexico’s Election: The Good, the Bad and the Ugly

The Neurochemistry of Power: Implications for Political Change 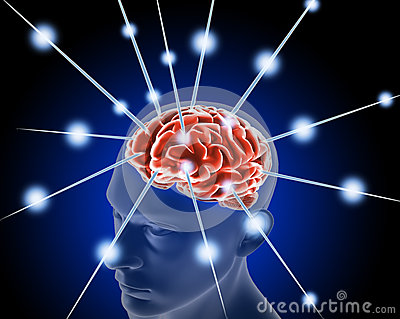