Four decades ago the concurrent Thatcher and Reagan governments heralded the arrival of the “New Right” political agenda, which prioritised market forces over the primacy of “the state” in their respective countries.  New Right policies followed in the 1980s, including reducing income and corporate taxes, deregulating labour and financial markets, and the promotion of market mechanisms of consumer choice into public sector services such as health and schools. “Market over state” was the mantra of the New Right but as many commentators noted, making markets requires state action (not least in public order maintenance), resulting in a redeployment of state power rather than its diminishment.

Having seized power through the electoral college used to elect the President of the United States, Donald Trump now intends to redeploy federal power away from civilian to military expenditures, to dismantle health care and other forms of income support, and to advance a neoliberal environment fostering business activity and investment.  Yet like conservatives before him, President Trump will also use state power to uphold those markets and in his case to build a protectionist internal production regime, which withdraws from international trade agreements, erects barriers against foreign imports and foreign labour, and penalizes firms conducting some of their business production physically outside the American economy.

The new political landscape
Ideally suited to President Trump’s new agenda is Congress, where the Republican majority and incumbent of the House Speakership, Paul Ryan (Republican, Wisconsin and ardent Ayn Rand follower), wait keenly to embrace a new “new right” agenda of anti-welfare, pro-business and anti-labour, dismantled government and reduced taxes. They will be aided by Congress member Luke Messer, from Indiana and chair of the Republicans’ House Policy Committee, and by Vice President Mike Pence, also from Indiana of which he is former governor and a former ten year member of the Congress. Combined, the Trump-Pence-Messer-Ryan Republican Party alliance promises the most momentous of revolutions in American voters’ relationship to the federal government since Franklin D Roosevelt entered the White House in March 1933.

The ideology of state restructuring
The New Right of Reagan and Thatcher was a practice-run for the pending Trump administration.  Drawing on think tanks such as Cato, Manhattan Institute and the Heritage Foundation, funded by right-wing philanthropists, notably the Koch Brothers and Olin family, (whose generosity rests on tax advantages), there will be a dramatic rolling back of governmental responsibilities in health care, schools and income support.

On the issue of health care, the primary aim is easy: to dismantle the Affordable Care Act, Obama’s signature law, and return responsibility for workers’ health benefits to insurance companies and health clinics.  Access to such schemes will be dependent on (a high) income and employment. Giving health care benefits will be presented as an employment perk by employers who want to attract and retain staff, a reversion to the pre-Obamacare arrangement.

State disengagement however will require state intervention in several areas. The marketplace will have more of a role in how schools in the US are run, with a comprehensive withdrawal of publicly provided schools through the distribution of vouchers and fostering of charter and magnet schools. Trump’s aim seems to be that federal funds to states should be designed to incentivise the use of vouchers, effectively giving tranches of money to parents to pay for whatever schools they choose. The same logic operates for social housing programmes and anti-housing discrimination to which Trump’s controversial appointment – the African American surgeon Ben Carson – has already indicated his hostility and intention to reverse.

Financial and market regulation has been massively reformed and beefed up since the fiscal crisis of 2008. Banks are required to have much larger capital reserves proportional to the amount of money they are allowed to lend.  A new Consumer Financial Protection Bureau, created in 2010 and located in the Federal Reserve, rigorously monitors mis-selling to consumers and the extravagant interest rates attached to credit cards.  Both the Bureau and higher capital reserves face the axe as the Treasury and Commerce secretaries favour light touch regulation and greater autonomy to individual consumers.

Another policy area facing redeployment is labour market regulation.  President Obama used his executive powers to advance a federal minimum wage – by making it a requirement of any contractors holding federal grants – and encouraged fair employment practices.  The executive minimum wage order will be rescinded.

Public help with income and health care costs withstood the first New Right wave of reforms. They are now in the firing line.  Medicare, the assistance to health care costs of the elderly, will be converted from a defined benefit to a defined contribution scheme. The programme helping America’s poorest citizens, Medicaid, will be delegated to the states in block grants, whose GOP controlled legislatures will have discretion to determine eligibility and level of support. The great New Deal pension programme, Social Security, is ripe for privatization – an ambition of the Bush II presidency subverted by the fallout from 9/11. These potentially momentous changes entail intensive federal reforms and initiatives.

Taxes and spending
Underpinning these reforms is the conventional lower income, corporate and estate taxes agenda. Cutting taxes will reduce revenues and raise the deficit, especially if the promised Trump stimulus package is realised (though much of this spending will be through tax credits to private firms who will ultimately own the infrastructure utilities).

The new “new right” offers raw capitalism and limited government of a sort not seen in America since the 1890s.

Another feature the Trump administration’s ideology shares with the New Right is a commitment to defence spending. The injunction of less government never applies to military spending and as it did for Reagan this will provide a hidden form of Keynesian pump priming.

The Trump team
The top Trump appointments share striking features. They are overwhelmingly male (Betsy DeVos at Education, if confirmed, and Elaine Chao at Transportation being female exceptions), white (Ben Carson at HUD is the only African American), and fabulously wealthy (there have never been so many billionaires in a Cabinet).  The dominance of Wall Street (Steven Mnuchin at Treasury, Wilbur Ross at Commence) and of  the mining, coal and oil industry (Rex Tillerson at State, Rick Perry at Energy, Ryan Zinke at Interior) representatives is marked.

In common with other appointments these Cabinet members share a strong advocacy of market based policies and a severely reduced federal regulatory role.  Both the proposed secretaries of Health (Tom Price) and Education (Betsy DeVos) have been advocates and policy makers in their respective fields for many years.  DeVos pioneered school vouchers in Michigan, while the nominee to reform the Centers for Medicare and Medicaid Services – Seema Verma – implemented these market based changes in Indiana.

The conservative ideology informs Trump’s selections to run trade policy, where he is committed to renegotiating NAFTA and advancing an “America First” protectionist agenda. The appointments here – Robert Lighthizer as US Trade Representative and Peter Navarro as chair of the National Trade Council – represent dramatic changes toward protectionism and against trade. They both represent a particular fixation with China and its practices.

The judiciary
Trump’s nominee to be US Attorney General – Jeff Sessions from Alabama – represents another form of state redeployment rather than mere retrenchment. In his hearings Sessions emphasised law and order, the role of stop and search policies, and the priority of removing undocumented immigrants. He did not emphasis overseeing justice for American citizens or addressing voting suppression or the disproportionate killing of African Americans by police forces.

But Trump’s judicial influence will go much further. He has 700-800 federal and district judicial appointments to fill (twice the number Obama had in 2008), and Supreme Court nominations.  Already enjoying one vacancy on the nine- member Supreme Court, President-elect Trump is likely to see between two and three more vacancies in his first term in the White House. What has been a consistent 5-4 conservative-liberal balance will shift into a 6-3 or 7-2 conservative majority led by Chief Justice, John Roberts, who cut his government teeth working in President Reagan’s Justice Department in the early 1980s. With this sort of judicial conservatism, the new administration may seek constitutional amendments to enshrine a ban on abortion or to revise the 14th Amendment to remove birth-right citizenship.

The strains and contradictions
The Trump style is populist in the sense of his citing “the people” as a legitimatizing source of authority and a source he can use to harangue and hector any opponent from a union leader to a film star to a senior Republican senator or judge.

But populism provokes responses and the fault-lines of racial division, gender division and ideology will generate protests and mobilization. Millions turned out in street protests on January 21 across US cities but channeling this into a sustainable movement is a formidable challenge. However, the masculinity and associated values of the Trump administration explicitly excludes millions of American women and African Americans from the centre of decision making, and the political response of “these other people” will be a vital issue.   Protest mobilization may not be strong enough to withstand the weight and media savvy of the Trump team which, since the election in November, has held rallies and forged grass roots levels organization of supporters, available to mobilize and bombard members of Congress. The president’s Inaugural speech was consistent in content and style of delivery with nourishing a mass movement.

The disregard of civil rights and the appointment of an Alabama Senator as head of the Department of Justice have been denounced by leading African American elected officeholders, including Senator Cory Booker and Representative John Lewis.  Since racial division is the most important cleavage in American politics, overlaying and deepening the ideological and Republican-Democrat partisan dichotomy, we can expect much more action around the persistence of racial inequality in America.

However, compared with former incumbents in the White House, Trump has an exceptionally strong institutional base for action, dominating the White House, the House and Senate (with the Republican members owing him electorally), the Supreme Court and a plurality of states’ legislatures and governorships. He will expect to get much done in his first 18 months, introducing a raft of policy changes that will affect America like a seismic earthquake.

This article was first published by Discover Society.

Desmond King is the Andrew W. Mellon Chair of American Government at the University of Oxford, where is a professorial fellow of Nuffield College and an emeritus fellow of St. John's College.

The will of the people: A primer in direct democracy 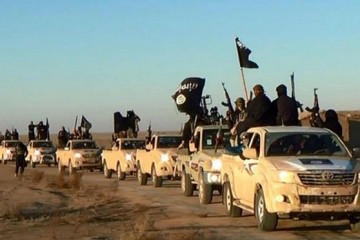