Malu Gatto (UCL) , Anna Petherick (Blavatnik School of Government, University of Oxford) , Julia Zulver (OSGA, University of Oxford, and UNAM, Mexico) , Anastasia Bektimirova (DPIR, University of Oxford) / November 17, 2022 /
OxPol Blogcast showcases research, analysis, insights, and experiences from the members of the University of Oxford’s Department of Politics and International Relations (DPIR), and specialist guests from the Oxford academic community and beyond. On this episode, we are focusing on the state of women’s descriptive and symbolic representation in party and civil society politics across Latin American countries. OxPol Blogcast host Anastasia Bektimirova welcomes three guests to bring you the stories of women’s agency at different levels of political participation in the region. The guests are sharing their expert view on the social environment, political culture, policies as well as written and unwritten rules that are shaping women’s progress and experiences in pursuing elected office, and engaging politically from civil society.   With Dr. Malu Gatto, an Associate …
Conference/Political Economy

Tena Prelec / October 27, 2019 /
Flip the script: stop seeing corruption as a problem affecting exclusively, or mostly, developing countries, and instead recognise and investigate the role of Western financial centres as integral in the puzzle – acknowledging corruption as a global issue. This sentiment, in its various nuances, was reiterated by all the participants to the inaugural workshop of the Testing and evidencing compliance with beneficial ownership checks project, carried out in the frame of the Global Integrity Anti-Corruption Evidence (GI-ACE) research programme, in Oxford, on 9 October 2019. While this relatively simple message is now widely accepted by all serious commentators, having even received some attention with the wider public because of books such as Treasure Islands, Moneyland and the TV series From Russia with Cash, we are still far … 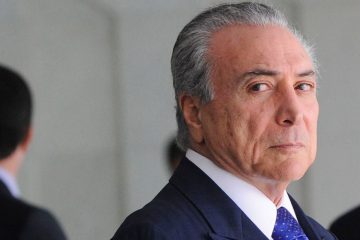 Will a different Brazil emerge from its political crisis?

João Carlos Magalhães / May 30, 2017 /
It is tempting to speculate about what will happen next in Brazil after the abrupt and tantalizing unfolding of a new chapter in the country’s ongoing political crisis. Yet, it is important to first pause to note what is at stake: the country has just entered one of the most uncertain moments of its modern history. The foundations of the republic are crumbling before our eyes and the country’s long-term future is as unclear today as it has ever been. What the future of Brazil will be depends on the next few days and weeks. There is mounting pressure on President Michel Temer after the audio of a private conversation between him and Joesley Batista, co-owner of JBS (the world’s … 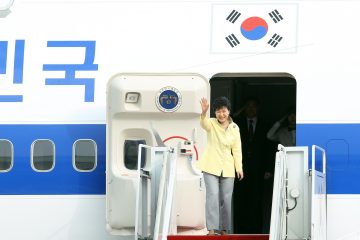 Yutang Jin / March 1, 2017 /
With the Brexit vote and the election of Donald Trump, the democratic world seems to have entered an era of uneasiness and rebellion. In a part of the world remote from Europe and the United States, a relatively “young democracy”—South Korea—is not immune to the changes that are sweeping through the world’s democracies. The country is experiencing a crisis unprecedented since the 1990s when it consolidated its democracy. A recent political scandal involving President Park Geun-hye and her close friend Choi Soon-sil has spilled over politics and extended to South Korea’s politics, economy and education, leading to a far-reaching national crisis. Hundreds and thousands of South Korean citizens have taken to the streets holding up candles in protest against Park …

The Trouble with Standards in Public Life

David Hine / January 13, 2014 / 0
In the United Kingdom, thanks to the powerful influence of the Committee on Standards in Public Life, we tend to see public ethics primarily in positive terms: as standards to be upheld not as criminal corruption to be prevented. The Committee’s approach has been built on four key elements: high-level principles; codes of conduct for each area of public life; mechanisms of independent scrutiny; and education and training in the values implied by the principles and codes. Unfortunately, however, the focus on “standards” creates an ever-expanding public-ethics agenda. It builds on a challenging, if intuitively persuasive, premise: that we really can identify what, in its most recent Inquiry, the Committee called “best practice in promoting good behaviour in public life”. Too frequently it seems we fail to do so. The more we discuss “standards” the more we see the gap between theory and reality. Public organisations have regularly failed to deliver on basic standards of provision – for example in health or social care – and then concealed their failures. Public-private partnerships have revealed manifest unaddressed conflicts of interest. At senior levels blame avoidance is a regular feature of the policy process. As a result, we are still struggling to identify what, in cultural terms, works to uphold a cultural approach to ethics and integrity.

The Trouble with Standards in Public Life