As the world’s economic and geopolitical centre of gravity shifts eastwards, a scramble for Southeast Asia is underway as the great powers seek to expand and defend their influence in this dynamic region. This renewed great power competition demands that members of ASEAN (Association of Southeast Asian Nations) revise their approaches and rethink their relations to one another and others.

Southeast Asia is a crucial node in China’s Belt and Road Initiative (BRI) while the ‘Quad’ of Japan, India, Australia and the US have announced the “Free and Open Indo-Pacific (FOIP)” initiative to balance Beijing’s growing influence. New powers have also begun to make their presence felt in Southeast Asia: South Korean President Moon Jae-in has proclaimed a “New Southern Policy” while European powers, Britain, France and Germany –virtually absent since the fall of their colonial empires– are sending their navies into the South China Sea.

That greater and lesser powers are taking a heightened interest in Southeast Asia is no surprise. The region consists of rapidly-developing economies that are outperforming the rest of the developing world. Southeast Asia moreover lies between the contested regions of Northeast Asia and South Asia, making it a key strategic area for both FOIPS and BRI strategic concepts.

ASEAN states have traditionally welcomed great powers into the region to uphold regional security and the sovereignty of its constituent states. This has allowed the region to avoid the preponderance of any one power while giving all regional powers some collective stake in preserving regional security and stability. A win-win situation thus emerges where both great powers and ASEAN can prosper in peaceful co-existence.

As the world transitions from unipolarity to multipolarity, however, the great powers now appear more inclined to fight for geopolitical and economic advantage than ensure regional stability. The US-China trade war has signalled a new phase of hostility between the two leading great powers. Meanwhile, though China-Japan and China-Indian relations have improved of late, deep-seated geopolitical and even historical disputes mean that lingering tensions may persist.

Different powers often have conflicting strategic objectives. FOIP calls for “freedom of navigation” for instance, which clashes with Chinese South China Sea territorial claims and Beijing’s desire for greater control over its strategic waterways. Diplomatic and military manoeuvring between the great powers could not only lead to regional tension, but also undermine ASEAN unity as increasingly adversarial great power relations encourage or even force traditionally non-aligned member states to pick sides.

Growing great power presence and competition is likely to lead to greater insecurity. Attempts to project power in Southeast Asia may be perceived as an act of geopolitical one-upmanship. The US and India, for example, see the BRI as an attempt by China to dislodge their position in East Asia and South Asia respectively as each suspects Beijing of harbouring revisionist ambitions in their respective spheres of influence.

Formulated during the post-Cold War liberal high tide, ASEAN’s great power strategy assumes that despite minor differences, great powers would have sufficient common ground to coexist in Southeast Asia. As this liberal order gives way to a more rivalrous multipolarity, the extent to which great powers can find common ground is diminishing – great power presence in Southeast Asia rather than balancing itself out, seems to become increasingly a source of instability.

ASEAN has sought to preserve its centrality in regional affairs by releasing the ASEAN Outlook on the Indo-Pacific, which articulates a particularly ASEAN vision of the Indo-Pacific concept amidst the conflicting views of the great powers. Prominent scholar Amitav Acharya notes that the document proclaims an inclusive vision of the Indo-Pacific that eschews great power conflict while committing to defend ASEAN institutions and the “ASEAN Way” of non-intervention. In doing so, ASEAN is trying to reassert its centrality through its traditional role as a regional consensus-builder between the feuding great powers.

The biggest challenge ASEAN faces, however, is staying sufficiently united to speak with one voice whilst confronted with increasing great power rivalry. Differences regarding the South China Sea Dispute and individual geopolitical preferences vis-à-vis the great powers have proven to be points of contention. ASEAN has twice failed to issue a joint communiqué on the South China Sea (2012, 2016), and only succeeded in doing so belatedly in 2017, raising questions about its ability to exercise regional leadership in a more competitive environment.

The scramble for Southeast Asia has placed existing ASEAN institutions and practices under strain, as great power presence in the region increasingly appears to be a force for instability rather than balance. While mitigating internal disunity and staying united will be crucial in maintaining ASEAN centrality in the short-term, the regional grouping should develop a clearer strategic vision and pro-active approach to managing the great powers in the long-term. As the unipolar Pax Americana fades away, ASEAN’s readiness for a more competitive, multipolar world order is questionable.

Qi-Siang Ng is a recent graduate of Yale-NUS College, Singapore with a BA in History with a minor in Global Affairs. He has written extensively on International Relations in Asia and is particularly interested in Great Power Rivalry in the Indo-pacific. 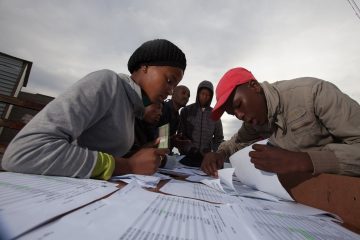