On November 17th, 2019, Iran cut out access to the internet. This meant that the Iranian government could repress protests over increased gas prices without making much news. Reportedly, 180 people were killed in the process, yet people were mostly unable to share information about the repressive acts of the government. This is only one recent case of hundreds of governmental internet blackouts that have been performed in 2019. At present, countries are facing very little consequences for shutting down their citizens’ access to the internet. In a world where the internet is playing an increasingly important role both in daily life and political contestation, very little is being done to safeguard access to the internet.

What is needed is a serious shift in global attitudes toward forced internet restrictions and shutdowns. Countries that deny their citizens access to the internet should be named, blamed and shamed, and potentially even materially sanctioned. Over the years, the right to the internet access has been a controversial issue; in the U.S., many people believe in the notion that “internet access is a privilege.” However, the fact is we now live in an age where the internet is increasingly becoming increasingly central for both routine and political interactions. As the world has made technological advancements and internet access has grown, no longer can it be seen as a privilege to access the World Wide Web. We communicate, educate, and express ourselves on the internet. Not only is the web massively important in people’s lives today, but the internet can be considered to be directly linked to basic freedoms, such as the freedom of expression. Thus, allowing governments to restrict internet access infringes on several human rights.

The international community needs to take a bigger role in ensuring that governments are not getting away with intentional internet shutdowns. Even though, the U.N. has previously recognized that internet access is a human right, this resolution was non-binding. Countries such as Russia, China, South Africa – to just to name a few – have continued to restrict internet access and content. In 2010, the Open Net Initiative found that over “forty countries had documented Internet filtering by governments.” That number has only grown since then. As the World Wide Web has increased in importance, more and more governments have made moves to censor it. Worryingly, at present, states are getting away with it. Simply condemning internet censorship is not enough though. Naming, shaming and blaming must go hand in hand with concrete protections of the safety and integrity of access to the internet to effectively discourage states from doing so.

However, not just countries and the U.N. that are at fault for not doing enough. Many companies have been helping countries to censor certain websites. Interested in China’s lucrative market, U.S. tech companies have changed their products in a way as to make sure they comply with restrictive local law. In August of 2018, “Apple pulled 25,000 apps from its Chinese App Store” stating that they violated local law. Linkedin currently restricts Chinese users “from accessing politically sensitive profiles or posts from people outside the country.” Google is reportedly considering a return to China “with a censored version of its search engine.” In doing so, these tech companies are aiding China in maintaining the “Great Firewall.” More needs to be done from countries and customers to hold companies to account.

In sum, it is time that the international community adopts a more serious approach to defending internet access and discourages both governments and companies from restricting citizens’ access to the internet. Access to the internet is increasingly important not only for economic opportunities but political contestation. Governments trying to curtail dissent are aware of this fact, this is why they routinely restrict access to or censor the internet. Yet, those interested in promoting democracy and human rights are failing to recognize the importance of the freedom of the web, and not doing enough in its defense. Without guaranteeing internet access, the world is robbing people of possibilities to educate, associate and express themselves.

Nathan Messer is currently an undergraduate student at the College of William and Mary in Williamsburg, Virginia. He is studying Government and has a strong interest in the Human Rights field. Nathan is also a member of William & Mary's NCAA Division 1 men's soccer team. 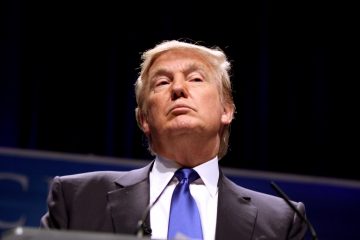