In wake of the US Inauguration , we can look to a valuable insight provided by the great English liberal John Stuart Mill more than a century ago: everyone loves executive power—when his or her party wins the election.

Representative government started to gain traction and popularity in the Western world after the democratic Revolutions of 1848. John Stuart Mill—a pioneer of Classical Liberalism—was one of its strongest advocates. Yet in Considerations on Representative Government, published in 1861, he also warned against a problem that could arise from such political arrangements. Specifically, the danger that people could begin to value their party holding power over freedom itself.

‘Members of parties are willing to abdicate his personal freedom of action into the hands of his general provided his army is triumphant and victorious and he is able to flatter himself that he is one of the conquering host.’ (Mill, p.88)

If representative government becomes distorted, Mill conceived that individuals could be seen as members of competing armies concerned only with the prospect of placing their general in charge.

Mill’s logic is apt in evaluating the relationship between partisan Americans and the presidents they elect. Republicans favored giving President George W. Bush unprecedented power under the Authorization for Use of Military Force against Terrorists in 2001. The Authorization differs from the usual practice of declaring war against a specific country; even during the Cold War, the US Congress still authorized or declared the use of force or war against individual countries and not against communism as a whole.   Yet, the current Authorization of war  allowed President Bush to wage war against an ideology. It was created to fight Al Qaeda, but it would give the president power to wage war in any country that had terrorist activity, and would not require the congressional approvals for future wars.

After the patriotic flare of 9/11 ended, Democrats soon began to protest the war. When President Barack Obama came into office, however, many of the same people did not object when the new president used the exact same declaration of war to bomb a total of seven countries during his presidency: Afghanistan, Iraq, Pakistan, Somalia, Yemen, Libya and Syria. Mill’s view on partisanship elucidates why the majority of Democrats did not protest: their general was now in charge and had the “moral mandate” to use the unprecedented power.

Furthermore, Democrats applauded the initiative taken to negotiate the Iran Nuclear Deal despite many knowing it was an overreach of executive power as it would never be approved by a two-thirds majority of the Senate as required by the United States Constitution. Finally, most partisans on the Left applauded President Obama when he, unable to convince Congress to pass legislation for immigration reform, simply issued an executive order called the Dream Act .

The policies pursued by both President Bush and President Obama represent an overreach of executive power as defined in the Constitution. The US Constitution enumerates and constrains Presidential power to waging wars that Congress has declared, negotiating treaties that Congress must ratify, exercising veto power over Congressional legislation, appointing members of the executive cabinet, and granting pardons to convicts. Yet the history of American separation of powers among the Executive, Legislative and Judiciary branches has seen the gradual erosion of Legislative power in favor of the President.

When Republicans controlled Congress in 2006, they gave unconstitutional power to the President with the Military Commissions Act of 2006, which suspended the Common Law tradition of Habeas Corpus. During the Bush Administration, the executive branch also gained the power of mass surveillance on Americans without a legal warrant.

In his second term, President Obama was constrained in making partisan policy as Republicans controlled Congress. Therefore, to pass what he saw as valuable policies, he took his executive powers farther than any president had in American political history. Under the leadership of the Obama Administration, the executive branch has accumulated unprecedented presidential powers.

Since the election of President Donald Trump, many people on the Left have staged vitriolic protests against the new President with a massive Women’s March in cities across the United States, penned articles, signed petitions, and speeches at the Golden Globe. Yet the power these dissenters fear in the hands of the Trump Administration is the same power they bestowed, or at least tolerated, when it was wielded under previous administrations.

‘When people have no sufficient value for, and attachment to, a representative constitution they have next to no chance of retaining it’ (Mill, p. 77)

Mill emphasized that in order for representative governments to succeed, it is necessary for citizens to understand and love the constitution.  Americans currently have no attachment to their founding document. Seventy percent of American’s are unaware the constitution is the supreme law in the United States. A little more than a third can name the three branches of government.

Mill believed that if an electorate was unwilling to understand, receive, and preserve the constitution, then representative governance in that country was ‘unsuitable’ (Mill, p.76) The majority of Americans currently receive the constitution like a blind man receives a football thrown at his head. They do not know or value it, and their lack of knowledge will hurt them; individuals are unable to receive something they do not know. They appear unconcerned with performing the functions it states; instead, they are concerned with putting their general in charge. For readers to better understand the consequences of the present state of affairs in the US, we can turn again to Mill, who illuminates the subject with a problem from the past.

Tiberius is Here: Now What?

‘The despotism of Augustus prepared the Romans for Tiberius’ (Mill. 57)

Augustus was one of the most beloved leaders in the history of Rome. He was a key player in the transition of Rome from a Republic to an Empire. He largely ignored the Senate, had absolute control over the military, and dubbed himself Primus inter Pares, or First among equals, to represent his elevated role in Rome’s leadership. Augustus’s son, Tiberius, following his father’s example, also ignored the Senate, but took his power one-step further and assassinated all of his political enemies.

To be clear, President Trump will not hire an assassin to kill all Democratic Congressmen and women. However, Americans should be aware that when they bestow near limitless power on a leader from their own party, a President from the opposing party will come along and have full access to that same power.

The history of republics, the US included, appears to follow the same course: individuals continue to give up power for the chance of becoming a “conquering host.”

Timothy Rooney is an economics student at Queens College in New York City, with additional concentrations in mathematics and English. He is primarily interested in the field of Capital Theory, as well as the effects of paternalism, and looks to incorporate his research into public policy.

Kompromat or not, Russia already has a winner in Trump 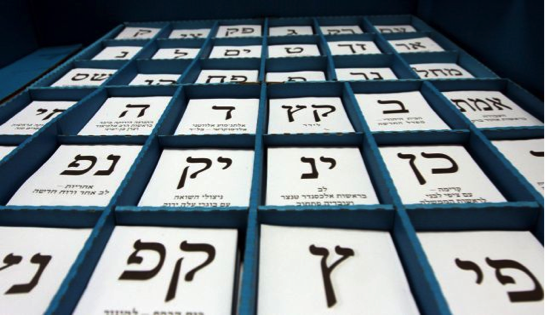