Without question, the much-debated, mammoth Belt and Road Initiative (BRI), is a brainchild of China’s President Xi Jinping. Without question, Xi Jinping has further centralised his powers and, in the process, China has turned more authoritarian. Yet, understanding this gigantic infrastructure investment initiative simply as a top-down project, directed by an almighty leadership in Beijing, is more than questionable. The BRI is open, plural and ever-changing, and, to a large degree what interpreters, Chinese or otherwise, public or private, make of it.

Following the pragmatic attitude which has characterised China’s leadership since Deng Xiaoping’s reforms in the 1980s (‘crossing the river by feeling the stones’), Xi Jinping inaugurated the BRI when a great deal of Chinese overseas investments was already underway. While the initial focus was on Central and Southeast Asia -strategically, economically, and culturally crucial to China, the BRI’s scope has later become global. At the same time, it has also become ‘local’, and dispersed into countless, smaller, Belts and Roads. These Belts and Road are constructed in different ways by different actors; they are what the actors ‘make of them’. For the Kremlin, the BRI is an opportunity to strengthen its strategic partnership with China. The Pakistani Armed Forces interpret it as a way to cement both their alliance with Beijing and their dominant position within Pakistani society. British legal firms see the BRI as a chance to provide their services in support of many infrastructural projects, including in Africa. US defence analysts conceive of it as a dangerous scheme which can potentially destabilise the security of the whole of Eurasia and beyond.

In so far as Chinese investments and loans provide support to non-democratic regimes, they certainly contribute to strengthen authoritarianism. In addition, investments in infrastructure projects provide China with significant financial influence. While the idea of a ‘Beijing model’ is mainly Western, China’s economic achievements and political economy do represent a potential template for many developing countries in Africa and Asia. In other words, in some ways the BRI can be seen as a vehicle for authoritarian politics. Having said that, China is not promoting its own political model per se, and the countries involved in the BRI have enough agency to make autonomous choices. Pakistan, for example, is renegotiating contracts on infrastructure, while Malaysia has cancelled expensive railroad projects, since Mahathir’s return as Prime Minister in 2018.

China’s partners thus exercise agency and draw on their own constructions of the meaning, significance and role the BRI. Constructivism is particularly helpful to understand discourses on the BRI; those discourses rely on a range of desires, hopes and fears in diverse locales, especially in countries with ongoing BRI projects. At the same time, discourses are structured by more objective realities of power and economic interest. The filters through which BRI projects are perceived, constructed and made sense of are those of authoritarianism and neoliberalism. In many countries in the West but also in emerging economies, neoliberalism has recently morphed into a nationalist populist project with protectionist, repressive and even racist overtones. In Europe, market-dominance over democratic choices is embodied by the supra-national and technocratic European Union. In countries with authoritarian traditions, authoritarianism has hardened and grown more nationalist. These structural conditions underpin the way global initiatives such as BRI are interpreted and understood all over the world.

Analysts have long focussed on understanding the intentions behind and causes rather than the consequences of the BRI. Some, especially in the US, contend that BRI would be China’s first step towards achieving regional and global influence, or even hegemony. Others have pointed to the economic benefits that accrue to China and Chinese SOEs (State Owned Enterprises). Other observers notice how China has ‘moved West’ towards Eurasia in order to avoid confronting the US influence in Japan and Korea. All these observations contain a grain of truth and looking for any ‘singular’ explanation would be misleading. It is clearly difficult to see China aiming at world hegemony when its navy consists of just two aircraft carriers (plus one under construction) vis-à-vis eleven US carriers. It is also difficult to imagine China pursuing ‘world economic domination’ through the BRI, when its financial commitment –around 1 trillion $ according to reasonable estimates- totals only about a fourth of China’s domestic investments in recent years. Finally, it is difficult to see BRI as a ‘failing’ project when stories of failures (the Hambantota Port in Sri Lanka) are mixed with success stories (Piraeus’ surprising growth since the Chinese takeover).

In conclusion, due to its complexity, scope and scale, there is a multiplicity of ways in which the BRI can be and is interpreted around the world. Rather than seeing it as a uniform whole, individual BRI projects should be assessed on a case by case, country by country basis. Paying close attention to the micro-foundations of how these are projects are interpreted, negotiated and implemented in their specific context by actors on the ground might tell us more about the BRI’s consequences than trying to interpret it in terms of ‘grand strategy’.

Relativism and Political Justice: an ancient problem comes to the modern age 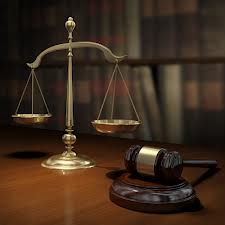