The India-Pakistan conflict is one of the most enduring rivalries of the post-World War era. The two nuclear states have fought four wars, and smaller-scale skirmishes are common occurrences. Since the nuclearization of the two countries in 1998, the nuclear stalemate has been one of the most important facet of this ongoing rivalry. Apart from Kashmir, over which three wars have been fought, constant cross-border terrorist attacks in India have severely limited and disrupted initiatives to defuse the situation. Recently, tensions have flared up because of the decision by the Indian government to abrogate Article 370 of the constitution which gave the state of Jammu and Kashmir special status within the Indian republic. This move has infuriated Pakistan, vowing to exercise all options to counter what it calls illegal steps taken in Kashmir.

Yet, the India-Pakistan dispute must also be examined within its broader global and regional context. With Pakistani Prime Minister Imran Khan trying to gain support around the globe over Kashmir, especially from larger powers and the Arab world, this article looks at the external involvement of major powers in the India-Pakistan rivalry. Inter-state relations between India and Pakistan are by no means isolated or limited to the two countries. Throughout their history, major powers have supported one or the other of the two rivals to further their own for strategic interests. The article argues that the United States, Russia, and China have all played and continue to play a role in exacerbating and exploiting the Indian-Pakistani rivalry.

The United States has always had an interest in South Asia due to the region’s geo-strategic position and its own global strategy. However, the US has also vacillated between supporting India or Pakistan at different times. As India was seen as an ally of the USSR during the Cold War, to contain communism from spreading in South Asia and the Middle East Pakistan was inducted into the Southeast Asia Treaty Organisation and the Baghdad Pact. Support for Pakistan peaked after 9/11 when Pakistan was seen as a main ally in the fight against terror in the region. This resulted in more than $14 billion in aid to combat terrorism and insurgents. Although increasing pressure on Pakistan to curtail terrorism has been welcomed by the Indian government, instances of funds and weapons being misappropriated and used against India instead have only exacerbated the rivalry between the two. Furthermore, the lack of progress in the fight against terror, the deteriorating security situation in Afghanistan, and, the disenchantment with its domestic politics, have distanced the US from Pakistan. On the other hand, perceiving the need to counterbalance an emerging China, the US have endeavored to strengthen ties with India. Pursuing its own strategic interests, the US will never completely side with either one of the countries or fully commit to an exclusive relationship. The United States continuous ‘changing of sides’ while welcome to whomever it benefits at the moment, adds further instability to India-Pakistan relations.

Soviet policy in South Asia since the end of the second World War has been shaped by the competing priorities of global, regional and domestic security and ideological concerns. “Like the United States, Soviet policy in South Asia was determined by the Soviets’ own conception of their global strategic interests; the Soviets, however, had a greater regional stake in developments in South Asia because developments in the fifties impinged more directly on interests considered to be vital to the Soviet Union’s own security” (Kodikara, 1979, p. 45). From a global perspective, during the Cold War, the Soviet Union realized its need for an ally in South Asia to counter both the US and China in the region. Due to Pakistan’s close ties with the United States and China during the period, India was the only viable option. India’s closeness to the Soviets spurred Pakistan to draw closer to the US and China, reenforcing ties between the different countries. The Soviets supported India’s claim on Kashmir and bolstered India diplomatically. Unlike the Americans, who played both sides when it suited them, the Soviet Union did not have the luxury of switching sides for their own strategic benefits. Like the Americans, they did also play an important role in de-escalating a war. The Soviet role in the mediation of the 1965 Indo-Pak war led to the Tashkent declaration being signed, which put an end to the war.

Of all the major powers, China has had the most immediate interests in South Asia and has played the largest role in the rivalry. China has exploited the rivalry between India and Pakistan the most for its own geo-strategic aspirations. The basis of China’s ‘all-weather friendship’ with Pakistan has been the containment of India. It is no secret that China has bolstered Pakistan to confront India: “[China] has been an essential military equipment supplier, all the more so given its willingness to prop up crucial parts of Pakistan’s military-industrial infrastructure and to keep the tanks, guns and ammunition flowing when virtually all other options were cut off” (Small, 2015, p. 36). China’s role in Pakistan’s nuclear program was a game changer: By supplying Pakistan with required materials and technologies, it allowed Pakistan to leapfrog its military technological deficiencies to acquire nuclear weapons. With the establishment of the China Pakistan Economic Corridor (CPEC) as part of the China’s One Belt One Road initiative, another thorn has added to the inter-state relations between India and Pakistan. With the recent developments in Kashmir, an escalation in tensions between India and Pakistan is likely to increase Chinese support for the latter. Therefore, by bolstering Pakistan as an important ally not only furthers China’s own strategic gains in the region, but it also keeps India in check, apprehensive of a two-front war.

Although the India-Pakistan rivalry cannot be viewed exclusively as extension of the conflicts of external powers, major powers have long been intimately involved on often changing sides. External involvement and alliances have prolonged the India-Pakistan rivalry, provided the means for both border skirmishes and the nuclear stand-off, but also at times diffused tensions. Soon after independence, India was viewed as a country to be restrained and Pakistan was built up by outside powers as a challenger to India. Without external assistance to Pakistan, and pressure against India, the rivalry would likely not have been so prolonged. With a changing global order and international priorities, external influences continue to matter. Whether the global war on terror or the rise of China, major powers conceive their relations with and the rivalry between India and Pakistan through their own preoccupations, preferences and priorities. This inadvertently exacerbates tensions between India and Pakistan as they are being drawn into larger geo-political conflicts. De-escalation and normalization of Indo-Pakistani relations, beyond preventing all-out war, does not feature on the agenda of global powers.

Shantanu Roy-Chaudhury is a recent graduate of St. Antony's College, University of Oxford. He specialises in the international relations of South Asia having written extensively on the topic,

Strengthening Democracy in Togo: How to Give women a greater voice 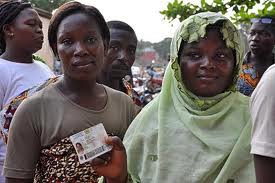