As the war in eastern Ukraine drags into its sixth year, all the attempts to end it have so far failed. But in a significant development on October 1, Ukraine’s president, Volodymyr Zelensky, announced his provisional agreement to hold local elections in the currently occupied territories of Donetsk and Luhansk, collectively known as Donbas.

The war in the Donbas began when mass protests in support of greater territorial autonomy escalated into a separatist crisis in the spring of 2014. Russia has been supporting the rebels in the Donbas since the inception of the war, which by now has claimed more than 13,000 lives. In an attempt to end the conflict, Ukraine and Russia signed two agreements in Minsk in 2014 and 2015 aimed at establishing a ceasefire and lasting peace in eastern Ukraine. To date, the Minsk agreements have not been able to stop the fighting.

In 2016, the deadlock prompted former German foreign minister Frank-Walter Steinmeier to propose a new approach, which became known as the “Steinmeier formula”. The essence of the formula is simple. The local elections would be held in the occupied territories under Ukrainian legislation and the supervision of the Organisation for Security and Co-operation (OSCE) – but not before all armed groups leave the area and Ukraine regains control of the territory.

If the OSCE deems these elections free and fair, then the separatist controlled territories would be given a special status. The exact nature of what the special status would look like, should it come to that, has not yet been revealed by Zelenksy’s administration.

The formula lays the groundwork for renewed talks of the so-called “Normandy Four”: Russia, Ukraine, Germany and France. But before then, Zelensky said the wording of the Steinmeier formula is still being agreed on with the OSCE.

Zelensky’s announcement that he was considering moving forward with the Steinmeier formula immediately attracted strong opposition from some groups in Ukraine. The most vocal of these have been the far-right and nationalist groups that gathered outside the presidential administration building in Kyiv. Their main grievance is a belief that the formula means capitulation to Russia, because Russia has been backing the Donbas separatists since the war started.

The Kremlin’s and international community’s reaction to the Steinmeier formula has largely been positive. Although critics lament the fact that the deal benefits Russia, the former US ambassador to Ukraine Steven Pifer disagreed. Pifer emphasised that more details about the agreement are needed, but that the unconditional demand that Russian and Russian proxy forces have to leave occupied Donbas is in Ukraine’s favour.

In Ukraine, Yulia Tymyshenko, a former prime minister and leader of the Batkivshchyna Party, also vehemently opposed the proposed plan. Writing on her Facebook page, Tymoshenko called the formula, “unacceptable” and “a direct threat to our country’s national security, territorial integrity and sovereignty”.

This puts Zelensky in an awkward position to say the least. One of the most notable pillars of his presidential campaign was a commitment to bring the war in the Donbas to a swift end. Yet, the president is also expected to end the conflict on Ukraine’s terms without any perception that he is giving in to Russia. The immediate protests by some of the far-right and anti-Kremlin groups, such as Azov, who have been known to engage in acts of violence, are therefore a cause for concern. The most immediate of these concerns is the potential for protest violence should Zelensky move forward with the plan and allow for the elections to take place.

At the same time, all other approaches to end the growing number of casualties in the Donbas have failed. For the immediate sake of those living there, the conflict simply cannot keep dragging on and requires a new approach. Although the Steinmeier formula is controversial, it could potentially be a viable solution towards resolving the conflict.

Within months of taking office, Zelensky’s administration has taken on a number of ambitious reforms aimed at cleaning up corruption in Ukraine’s institutions. Recently, the president has also been caught up in the ongoing impeachment inquiry of US president Donald Trump – though he has tried to distance himself from the case.

It now seems that Zelensky’s efforts are being channelled into addressing the ongoing crisis in the Donbas. Some encouraging steps towards that end have already been taken. For example, Russia and Ukraine exchanged prisoners of war in September, in a move praised by the international community.

If the Steinmeier formula is successful, there will be a potential window of opportunity for a withdrawal of Russian troops from the Donbas. More information and discussion with the public about the proposed plan would be wise, however, as initial polls suggest around 60% of the population haven’t yet formed an opinion about the plan.

It’s quite possible that the proposed plan might not achieve the sought-after peace. The elections run the risk of consolidating the position of the current leaders of the occupied territories.

There is a lack of an alternative to the status quo and no guarantees that the occupied territories have any real chance of being reintegrated back into Ukraine. The proposed plan is no doubt a gamble, but offers some hope that an end to violence in the east could be on the horizon if all sides hold up their end of the agreement.

This article is republished from The Conversation under a Creative Commons license. Read the original article.

Liana Semchuk is a PhD candidate at the University of Oxford, Nuffield College specializing in contemporary East European politics, and issues pertaining to post-Soviet economy. 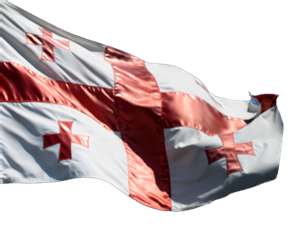