Pranav Agarwal , Yagnesh Sharma / July 31, 2020 /
With the diversion of Israel’s military resources towards West Bank, Israeli annexation of occupied Palestinian territory appears imminent, pending approval from and coordination with the American administration. Struggling to rally right-wing voters amidst the fight for his political survival in the elections of April, September 2019 and March 2020, Prime Minister Benjamin Netanyahu had stated that he would “apply Israeli sovereignty” over the West Bank, if re-elected. Bolstered by the reversal of decades of American policy on the issue and the subsequent release of Trump’s much criticized, one-sided ‘Middle East Peace Plan’ in January 2020, Netanyahu has aggressively pursued the annexation agenda with the emergency government formed with Benny Gantz in March 2020. Considering the expected blockage of the Security … 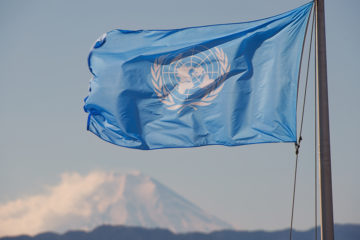 Liana Semchuk / October 9, 2019 /
As the war in eastern Ukraine drags into its sixth year, all the attempts to end it have so far failed. But in a significant development on October 1, Ukraine’s president, Volodymyr Zelensky, announced his provisional agreement to hold local elections in the currently occupied territories of Donetsk and Luhansk, collectively known as Donbas. The war in the Donbas began when mass protests in support of greater territorial autonomy escalated into a separatist crisis in the spring of 2014. Russia has been supporting the rebels in the Donbas since the inception of the war, which by now has claimed more than 13,000 lives. In an attempt to end the conflict, Ukraine and Russia signed two agreements in Minsk in 2014 … 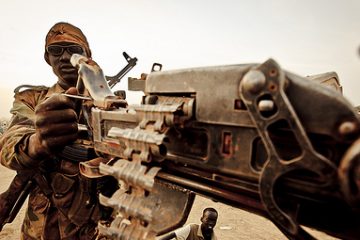 Christoph Steinert / July 28, 2018 /
Conflict researchers tend to dichotomise the parties involved in armed conflicts. While this dyadic perspective provides a useful simplification for the purpose of ordering the inherently unordered, it also leads to misperceptions and misrepresentations of the dynamics on the ground. Just as interstate conflicts are not necessarily fought between only two countries, intrastate conflict is rarely solely an affair of just governments and a rebel group. Omissions of other belligerents are particularly problematic if the neglected actors are systematically more prone to violent actions, or if they exert disproportionate impacts on the trajectories of conflicts and their aftermaths. Against this backdrop, our research, forthcoming in the Journal of Peace Research, highlights the specific impact of pro-government militias on the risk … 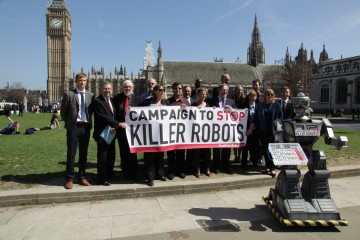 Escape of the Gaak: New technologies and the ethics of war

Heather Roff / March 1, 2016 /
In 2002, the Magna Science Centre in South Yorkshire witnessed a surprising event: a two foot tall robot, Gaak, escaped from a gladiatorial experiment with learning robots.  The experiment, part of the “Living Robots” project, simulated a predator and pray scenario where some robots searched for food (prey) and others hunted for them (predators).  Gaak, a predator, was left unattended for fifteen minutes and, in that time, managed to find and navigate along a barrier, find a gap, move through it and continue across a car park to the M1 motorway. Gaak was found rather quickly when a motorist almost collided with it.  This story of robot liberation helps us to understand a simple fact about learning machines: they are unpredictable.   … 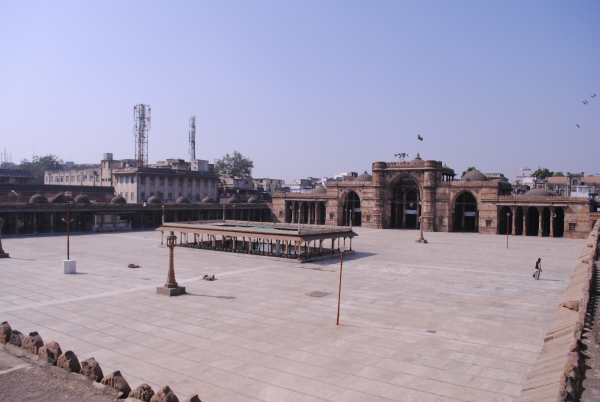 The Loneliness of a Moderate Muslim

Raheel Dhattiwala / September 28, 2012 / 0
I am a Muslim and I condemn the rampant and widespread violent protests over a badly made anti-Islamic film. I believe one needs to have a very high bar when it comes to getting offended. If everything is offensive to you, then it is perceived that something is wrong with you. The Indian government proved it recently with its tantrum against cartoonist Aseem Trivedi’s mediocre caricatures. Now a section of radical Muslims is proving it over an insignificant film. I saw “Innocence of Muslims” a couple of days ago on YouTube. It is a laughable attempt at insulting Muslims and sooner rather than later would have met its fate at the hands of a Ricky Gervais or a Jay Leno. …

The Loneliness of a Moderate Muslim