As Joseph Schumpeter already pointed out in 1942’s Capitalism, Socialism, and Democracy “dealing with capitalism, we are dealing with an evolutionary process.” The question is in what direction is this process heading? Is the rising power and capital accumulation of FAMGA (Facebook, Apple, Microsoft, Google, Amazon) together with advances in block chains and artificial intelligence leading to the concentration of wealth in ever fewer hands, obsolescence of manual labour and even the destruction of capitalism, as Karl Marx believed in the 19th century? Or, do technological progress and innovation lead to reduced inequality and higher prosperity?

Before talking about the future, its key to review the past of capitalism. Technological progress during the Industrial Revolution of the late 18th and early 19th century shifted production towards greater emphasis on industry and technology and moved capitalists, who previously were solely a supporting cast, into the centre of the economy and society. Modern capitalism was born and with it new social pressures. In 1867, Karl Marx predicted in Capital: Critique of Political Economy that unavoidable class struggles between the working class (proletariat) and the ruling class (bourgeoisie) would increase to the point of undermining the capitalist system itself. The working class would become alienated and exploited, as they would become totally dependent for their livelihood on access to the means of production owned and controlled by capitalists. He prophesised that the capitalists would impoverish the proletariat until they had “nothing to lose but their chains,” which eventually would lead to revolution and the very end of capitalism. While he famously predicted that these revolutions would happen in countries with the most industrially advanced economies, communist revolutions succeeded in the least advanced and poorest ones, such as Russia and China (Drucker, 1994).

150 years later the world is more globalised than ever before and technological progress has created winner-takes-all markets and an accumulation of wealth, as exemplified by Apple’s $250bn and Microsoft’s $110bn cash reserves. Not simply profiting from economies of scale, innovation has led to the emergence of tech giants that have created their own technology ecosystems involved in all aspects of people’s lives. The origin of their power lies in platform effects and their direct network externalities: there is an increasing utility the more people participate. This is reinforced by relatively high switching costs between platforms which altogether makes it hard to imagine anything that could disrupt FAMGA (Hill, 1997). Technological progress and globalisation have led to widening wage gaps, and rising income inequalities across the OECD over the last three decades (OECD, 2011). The rich are getting richer, while the poor stay poor or are even getting poorer. This even occurred when countries were going through periods of economic and employment growth. The idea that “a rising tide lifts up all boats” is no longer applicable.

Looking ahead, artificial intelligence, block chains, robotisation, and machine learning are no longer futurist dreams. They are becoming omnipresent in the economy and are set to replace jobs in many sectors across the economy, ranging from finance and law to transportation and call centres. This leads to a polarisation of the employment structure which sees a shrinking middle class. Routine tasks previously performed by humans are gradually taken over by technology, leading to increasing shares in employment of both the highest and lowest paid/skilled occupation sectors in the developed world. A recent study by PwC suggests that in the US up to 38% of all current jobs will be replaced by technology until the early 2030s.

Historically, while technological progress such as mechanisation and automation threatened upending existing modes of production and employment in the past, they also created new opportunities and jobs after some adaptations. However, it is questionable whether this will hold true this time around, given the speed of advancements and skills required to take advantage of technological innovations. There is a threat that employees will not be able to adapt to changing job market requirements fast enough, at least in the short term, and that this leads to a “reserve army of labour” that is ready for a revolution as Marx prophesised, or at least upending the established order. Indications of such a trend have been identified by some in recent elections in the UK (Brexit) and the US (Trump): voters disenchanted with globalised competition and fearing of job or status loss are seen to have voted in particularly high numbers for Brexit and Trump and against the established order.

Despite this, Marx’s prophecy is unlikely to be fulfilled. On the one hand, he took a teleological model of change that holds that a state of affairs nurtures its opposite, and that from the violent clash between the two a completely new state of affairs bursts into existence. However, the idea that changes happens in evolutionary and not revolutionary fashion seems to better describe societal change. Marx underestimated the adaptability of capitalism. Social systems can absorb challenges, tweak practices, learn from the past and come up with novel solutions to problems, especially when threatened by radical alternatives. For instance, in the late 19th century, as the influence of socialism and communism in Europe rose, Otto von Bismarck introduced the foundations of the modern welfare state, in order to reduce their influence in Germany (Valocchi, 1990). Like in the past, new policy innovations are currently being explored to find new ways to deal with the social pressure resulting from the increasing obsolescence of manual labour, as can be seen in the experimenting with Universal Basic Income in Finland. On the other hand, Marx did not account correctly for the effect of increases in productivity caused by durable technological progress. The Industrial Revolution saw both wages and living standards rise, which lowered the pressure for revolutionary change and served as a counterweight to the process of accumulation of private capital. Similarly, block-chains and artificial intelligence are expected to increase productivity significantly.

While technological progresses will lead to new social pressures, new policy innovations such as Universal Basic Income might serve as counterweights. It is true that many jobs will be replaced by technology, however it is also true that a range of new jobs is going to be created. Two decades ago nobody would have expected the emergence of jobs including app developers, data scientists or Instagram influencers. While certain jobs will disappear, newly created ones will require a different set of skills, put a premium on creativity, problem solving skills and the ability to connect with people. Marx’s revolution, then, will not materialise in the 21st century. Despite this, the future of capitalism, as its past, will lead to new socio-economic consequences and the continued transformation of employment, modes of production and societal structure.

Martin has an MPhil in European Politics (St Antony’s College) and professional experience as a Data Scientist and Consultant working for a technology and e-commerce company. His work focusses on the intersection of economics and politics.

What Mubarak’s acquittal means for Egypt 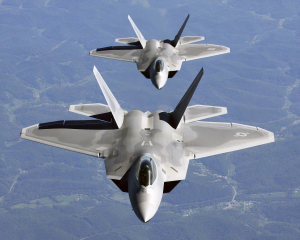