In October 2019, demonstrators took to the streets of Lebanon, chanting “all of them means all of them”— a cry for the entire government to resign. For the first time in years, the country witnessed the mobilisation of thousands of its citizens across every city. There were even Lebanese protests in major European cities and North America. Together, they formed a united front: citizens coming together regardless of religious affiliation, gender or age differences.

Four months after the protests began, the country’s institutions are in shambles, a financial crisis worsens, and the media is in a near-total blackout. Unfortunately, Western attention has turned away from Lebanon. The situation, though, still warrants careful observation, as what happens next could mean a long-fragile state either collapses into turmoil or finally establishes meaningful stability. Either way, the fallout is likely to have major implications for the Middle East as a whole.

How did we get here?

Lebanon has, for years, struggled both economically and politically. It currently ranks as the third most indebted country in the world with a 152% debt-to-GDP ratio, and it suffered under a presidential vacancy from 2014 to 2016.

In January 2019, then-Prime Minister Saad Hariri formed a new cabinet and immediately set to work on a fundamental reform of the Lebanese economy. The proposed changes, which included heavy taxation and fees on WhatsApp calls, were in response to a worsening financial crisis and the requests of the World Bank and other overseas donors. Citizen outrage was instant. Struggling to make ends meet and lacking basic services such as electricity and water, average Lebanese people felt they could not shoulder another financial burden imposed by the government.

By October, these tensions erupted into protests and a series of popular demands became clear: All public policy officials needed to step down — and “all of them means all of them.” For the protesters, only a wholesale dismissal of the existing government was believed to be enough to save the country.

The nationwide protest movement escalated quickly into calls for the formation of a new technocratic government. In a credibility destroying move, Prime Minister Hariri issued an overnight proposal that the government eliminate any new forms of taxation, disassemble several state institutions, and cut public servants’ salaries in half. His proposals led, however, to an increased backlash because the extreme pay cuts hinted that bureaucrats were already earning much more than could be justified.

Two weeks later, the Prime Minister stepped down. Not only did the protestors press for that resignation, but they then directed the discussion about what sort of government should replace him. A technocratic sectarian government, the protestors argued, would better protect and promote their interests. In November, they partly got their wish when an independent, technocrat-leaning lawyer won an election to head the influential Beirut Bar Association previously managed by corrupt lawyers.

The protests have also made waves for their strong showings of female leadership. Women have long faced restrictions from Lebanon’s strongly patriarchal society, but the marches were a stark counterpoint to these norms. Another breakthrough was the apparent lessening of religious divisions among demonstrators, who unified under the banner of economic and political freedom. For many, the uprising showed a population united in its diversity and fighting for a more prosperous future for all. It demonstrated the potential for a brighter future for all Lebanese.

The appointment of new Prime Minister Hassan Diab in January 2020 has led the international community to further curb its support for the country. The new leader is a member of the old political elite, formerly serving as Lebanon’s Minister of Education. His ascension raised concerns that he would represent more of the same: few reforms, little economic progress, and continued ties with the Shia Islamist group Hezbollah. Elite linkages to Hezbollah have been the main source of a tense relationship between Lebanon and the United States and its allies.

For now, under Diab, the country’s political paralysis means a steepening economic decline. Large and small businesses alike are shutting down. Banks are heavily restricting withdrawals. Experts predict crime will spike as many face the prospect of no longer being able to purchase food. As unemployment rates rise, the country may soon witness a new round of protests — spurred by hunger, the demonstrations may prove more violent than the last.

It remains to be seen, however, if Lebanon will collapse or rise from its financial crisis and political gridlock under these new stresses. Whichever result comes to pass, it will likely send shockwaves throughout the region, as oppressed peoples weigh whether to launch their own battles against entrenched interests. Just a few days after the protests took place, protestors in Iraq engaged in massive mobilisation efforts denouncing government corruption and unaccountability.

Should the Lebanese financial crisis remain unaddressed, the country will experience catastrophic wealth destruction, eliminating the middle and lower classes. Local banks are expected to take a haircut on their holdings of domestic government bonds and the citizens’ hope for better living conditions and access to basic needs will soon perish. Without additional drastic political restructuring measures the country will also no longer be able to depend on Gulf bailouts.

It may all ultimately come down to the determination of Lebanon’s protestors and the new government’s ability to gain back their faith. If the last year is any indication, the Lebanese people will not stop protesting until they get what they deserve.

Melanie Cremona is a Master’s in Public Policy candidate at the Blavatnik School of Government, University of Oxford, and an Oxford-Saïd Foundation Scholar from Lebanon. Prior to joining the university, she worked as a Consultant for the United Nations in Geneva where she designed high-profile capacity-building projects for governments on topics related to multilateral diplomacy.

What does Cosmology imply for the Plausibility of Establishing a World Government? 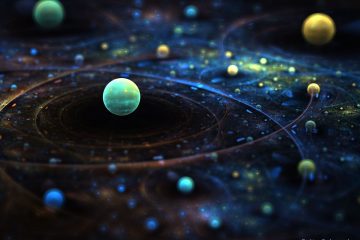