Protest in an age of globalization relies on performance. From Hong Kong to La Paz and Santiago to Khartoum, global attention is increasingly captured by mass movements of people, demonstrating strength in numbers against prevailing political and economic systems.

Modern protests, however, only work some of the time. Drawing on current events, scholars might consider a protest’s success hinging upon which audience they choose to target and the power of that audience to act. We see differences, for example, between Hong Kong — where protesters engaged the global community with limited effect thus far on Beijing — and protests in Sudan earlier this year — which targeted an old, autocratic leader’s military cadre, but did in fact precipitate a military coup.

Today’s global stage is nothing new — consider the nationalist movements of the 1890’s that swept from the Balkans to Germany to Japan, eventually precipitating the First World War. Or instead, the post-WWII anti-colonial independence movements that spread across the Global South as one empire after another rotted from the inside-out. Skeptics of globalization’s effects like Justin Rosenburg tell us that not much has changed over the past century. They argue protests and social movements have long influenced each other despite distance.

But other authors dubbed “transformationalists” and even “hyperglobalists,” such as David Held or Mary Kaldor, point out that the speed and ease of modern communication has made protest movements more likely to occur, more likely to be known around the world, and, in this way, modern political movement might even blur the contours of national borders as sympathy and action transcend spatial limitations.

Countless movements in the 21st century, spurred on by a more interconnected global media, have captured the world’s attention. In recent years, we have seen protests like the Women’s March take place simultaneously in over 100 countries. Hashtags and live coverage have cultivated the sense of global community.

Today, protesters in Hong Kong rely on international media to spread the legitimacy of their message. Those throughout Cataluña write signs in English for a global audience alongside their native Catalan. The Arab world has continued to mimic the same rhythmic and linguistic slogans of Tunisian and Egyptian protests of 2011, chanting “The People demand… the downfall of the regime” with the same resonance eight years later. The most recent news of Algeria’s President Bouteflika and Lebanon’s Prime Minister Hariri stepping down amid mass protests show that these protests are indeed powerful performances.

It is here that examining a protest’s target audience can become an indicator of success in a landscape where many of these movements bleed over national boundaries and cultivate far-flung sympathies. Those audiences most critical to consider are: 1) the state’s military, 2) the machinery of the state, and 3) the global audience.

The State Military as Audience

Sudanese protests captured the world’s attention as the iconic image of a woman clad in white, rising above the fray, elicited hope for this country long under the rule of repressive dictator Al-Bashir. But when the Sudanese military seized power, celebratory cries appeared a bit premature. Today, the agreed-upon government includes several civilian representatives, but the military continues to play a leading role.

Protests, like Sudan’s and Bolivia’s, that are targeted at the military at most can succeed in a military coup overtaking the state. We saw a similar turn-of-events in Egypt, after the military ousted the elected Muslim Brotherhood leader Morsi in 2013 and eventually replaced him with today’s strongman General Sisi. While immediate change is possible, it’s often a chimera, as repressive militaries assume control of the state.

The State Machinery as Audience

Protests that target the machinery of the state in hope of reform may have a greater chance. Chileans protesting inequity, like so many other movements, are acting out a drama that echoes a recent authoritarian past. The hope that the state will internally reform is a true test of democracy, accountability, and transparency. These protests tend to have less dramatic winners and losers, as many become longer standing movements that span decades.

When asking a state with more authoritarian machinery to respond to the cries of the people, like in the case of Hong Kong and China, success is more elusive. China is unlikely to allow Hong Kong greater political freedom, because that threatens the edifice of the communist project. As an audience, the Chinese state is a tough crowd, and it relies on this reputation to maintain power.

The Global Demos as Audience

Lastly, some — if not all — protests today are targeted at a global audience. The hope to legitimize a movement through the public court of approval means we see protests engaged with common, legitimizing symbols. Peaceful organization, repeated chants, and celebrity endorsements are some strategies in the modern tool kit.

And hence, the drama turns to pathos in this last type of performance, the one presented outwardly to the world’s masses. Extinction Rebellion (a catchily coined name no doubt) in London saw protesters adhere themselves to tube cars. These and other types of highly dramatized performances have an air of intentional absurdity. The situation they are protesting is absurd, and so must be their protest!

The nebulous global audience bearing witness to a variety of anti-status-quo performances may be moved to sympathy, but their power to act often relies on many small actions, such as divesting from unethical corporate sources, and hence is difficult to corral.

To determine the success of new political protest movements, we must look to the target audiences and ask how they will respond to the invitation for change and the tacit threat put forth by the embodiment of the people.

Katherine Everitt (@GlobalThinkNews) has taught and published on topics including international institutions, global conflict, and resurgent nationalist movements. She earned her BA in Government and History at Georgetown University and her Master of Science in Global Politics at the London School of Economics. She owns and operates Global Thinker (www.globalthinkernews.com), a current events blog focusing on political globalization.

The positive Paris talks are not like Copenhagen – but how will media cope? 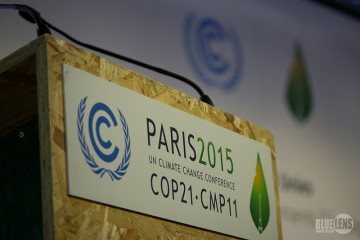